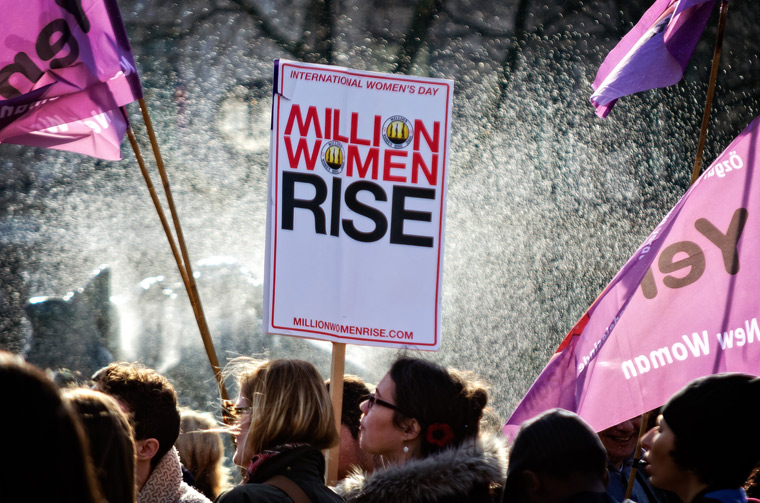 By Ignacio Torres – From a joke with sexist overtones to physical assault and psychological abuse, violence in the workplace is a reality that millions of women constantly live with around the world. According to statistics, 35% of women – 818 million women globally – over the age of 15 have experienced sexual or physical violence at home, in their communities or in the workplace. Although men can also experience situations of violence and harassment in the workplace, the patriarchal cultural system and the consequent stereotypes and inequality in power relations are responsible for women being those most exposed to these types of abuse.

One of the most common forms of violence at work is sexual harassment and what is worrying is that between 74% and 75% of women with vocational training or those who occupy senior leadership positions have experienced it at some time in their lives according to a study carried out in 2014 by the European Union Agency for Fundamental Rights (FRA). It adds that work environments and exposure to situations where there is a high risk of aggression are among the reasons for this, as well as the lack of awareness among professional women of what is considered sexual harassment.

This kind of abuse can occur in two ways. The first is known as “quid pro quo” – from Latin “something for something” – and occurs when an employee is demanded to perform a sexual service, which, if denied, can be detrimental to their work situation. The other form of sexual harassment is caused by hostile work environments, where the treatment of the victim can be intimidating and humiliating.

However, very few women still dare to tell or report cases of harassment, most of the time for fear of losing their jobs. According to FRA’s report, among the women who have experienced sexual violence since age 15, 32% mentioned that the perpetrator was either a co-worker, a supervisor or a client. However, just 4% reported this situation to their employer or a superior.

In Spain, for example, 2,484 women filed complaints between 2008 and 2015 for this reason, according to data from the General Workers Union of Spain. However, only 49 men were sentenced, that is, just 2%.

Hence, the wage gap – which, according to the International Labor Organization (ILO) has reached 23% worldwide – and maternity harassment – which occurs when woman are made to feel uncomfortable about their pregnancies, the birth of their children or about a health problem – are not the only indicators that warn of workplace inequality and violence. 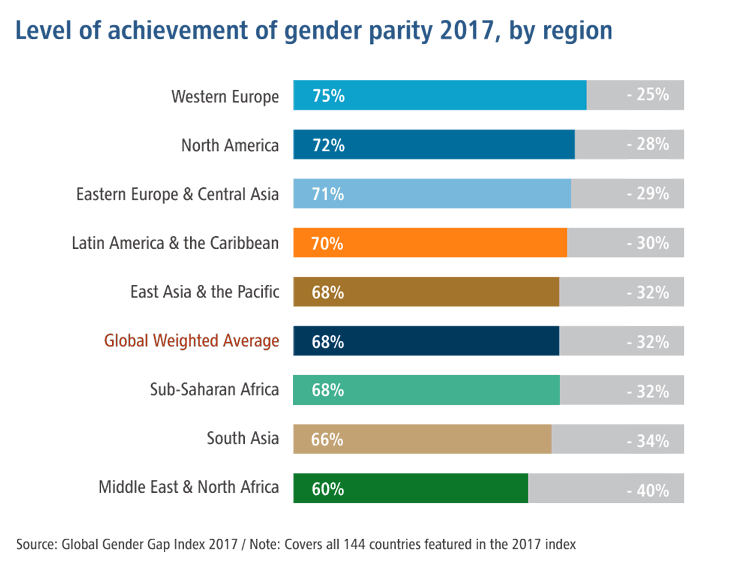 The World Health Organization (WHO), for its part, defines violence and harassment at work as “those incidents in which the person is subjected to abuse, threats or attacks in circumstances related to their work, including on the journey between home and work, with the implication that their safety, well-being or health is explicitly or implicitly threatened”.

It is therefore necessary that companies and unions carry out initiatives to raise awareness among employees about the reality of violence and harassment against women in the workplace, so that they know how to recognise it, prevent it, act in case it is necessary, and encourage their peers to report assaults.

Types of workplace violence and who commit it

Physical aggression, sexual harassment and psychological abuse are the three forms of workplace violence. The latter, also known as mobbing, is characterised by systematic harassment, by damaging the reputation of the victim, isolating her, giving her unproductive tasks or those that are not related to her work and imposing impossible deadlines.

But harassment does not come only from supervisors or those in high positions. In general, any person can commit acts of violence and harassment, either horizontally or vertically, and it can even come from external sources. In fact, studies have shown that abuse on the part of the co-workers is a common fact, and to a lesser degree it can be committed by subordinates.

Therefore, teasing, threats, slights, shouting, degrading or obscene comments, defamations, professional discrediting, not letting the victim speak, imitating the way they walk or talk, causing damage to their belongings, minimising their efforts and the excessive control of their working hours are only a handful of examples of a huge amount of actions that constitute harassment and workplace violence.

A certain kind of violence can be found inside the workplace, one that is characterised by being very quiet and little perceived: “micromachismos”. For the Argentine psychologist Luis Bonino – who coined this term at the beginning of the 90s – they are “attitudes of mild domination or very low intensity (…) They are, specifically, clever forms of control, subtle or insidious, repetitive and almost invisible behaviours that men are always perpetrating”. Clear examples are the phrases, “Smile, you look prettier”, or “Women should stay at home”.

Furthermore, as the expert says, it is a form of discrimination against women. So when a company opts for male candidates for a particular position or when in a meeting the woman’s proposal is ignored in favour of her male peer who suggests the same thing, these are all common examples of the prevailing “micromachismos” in the workplace.

However, this kind of “normal” behaviour in society creates a bigger problem: putting a brake on gender equality. On this subject, the the World Economic Forum (WEF, for its acronym in English) predicts that at the current pace achieving total economic equality between women and men in the workplace will take 217 years. This gloomy forecast is a reflection of the slow progress in employment equity, since globally only 54 percent of women of working age are part of the formal economy, while men “reign” with 81 percent, according to the WEF Gender Gap Report 2016.

Impact on the victim’s health

Violence and harassment – sexual or moral – comes about in workplaces where, unequal power relationships predominate, work organisation and management are deficient, and corporate culture has been contaminated by poor interpersonal relationships. In addition, there are other external circumstances that may affect work environments, such as the political, social and economic crises in countries.

However, the consequences of these abuses often leave indelible scars on the victims and cause strong deterioration in mental and physical health, requiring therapy and rehabilitation specialists. Anxiety, depression, panic attacks, sleep disorders, headaches, cognitive disorders related to attention and memory, feelings of vulnerability and difficulties in establishing relationships, among others, impact negatively on work performance.

Therefore, to combat workplace violence, it is necessary to first acknowledge it ocurrs, and the company must apply preventive measures or action protocols to avoid situations of risk. If women and girls are given the same treatment as men and participation in the labour market participation was equitable, a report from the International Monetary Fund (IMF) predicted in 2013 that GDP in some countries would soar to 34%. How different everything would be!