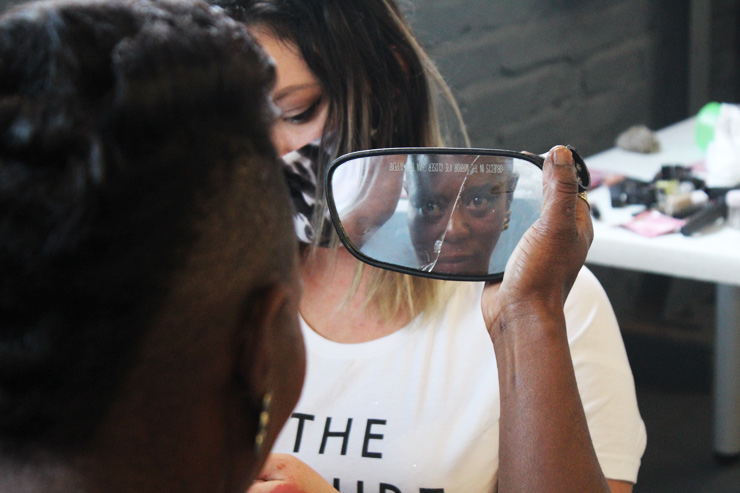 South Africa has one of the world’s highest rates of rape and femicide – “Am I really this beautiful and broken?” – photo: STAND, Licence: CC

By Stacey Doorly-Jones – In a township near Delft in the Western Cape, a sickening ordeal unfolded. A woman was raped in the bushes by twenty men, who took turns violating her. She and a friend were lured to smoke a Tik pipe (Crystal Meth) with gang members, one of whom was an acquaintance. This is just one example of the increasing occurrence of rape and other forms of gender-based violence in South Africa. As the 2019/20 crime statistics report portrays it: “Rape culture is a pandemic in itself and one that we have known about for a very long time in South Africa”.

One woman is murdered every 3 hours

There is a strong correlation between substance use disorders and gender-based violence that disproportionately affects women. In South Africa, we have amongst the highest rates of intimate partner violence, and recently released data from Statistics South Africa show that rape and sexual violence have become hyperendemic with one woman murdered every three hours.

Despite the increased risks women who use drugs and alcohol face, they are under-represented in the research literature, and within relevant services.

Most research in South Africa has historically been focused on people who use drugs and alcohol in metropolitan areas and very little evidence-based research has been conducted in rural areas. STAND is endeavouring to work together with the United Nations Office on Drugs and Crime (UNODC) and South African Network for People who Use Drugs (SANPUD) to ensure that all people across South Africa are considered when drafting policies and procedures regardless of their geographical location. 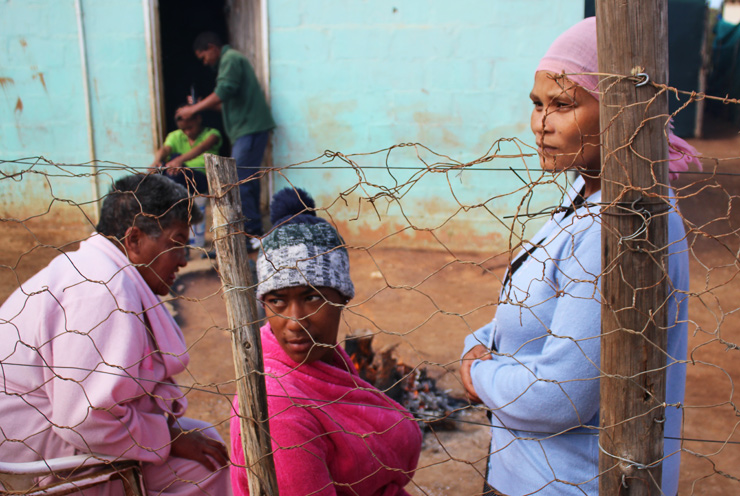 In South Africa, women in rural areas are one of the groups most vulnerable to violence in their communities and in their homes – photo: STAND, licence: CC

Response to the COVID-19 pandemic

The nationwide lockdown that was implemented in South Africa in response to the COVID-19 pandemic, resulted in an overwhelming number of desperate calls from women and substance users for substance use disorder, gender based violence, and trauma interventions.  This need and gap in services for the high risk users necessitated a consortium of specialist nonprofit organisations such as STAND, the University of Cape Town Department of Social Services, and the Chair of the Western Cape Substance Abuse Forum in the Governmental Ministry to develop a crisis intervention action plan on substance use disorders and gender-based violence. This action plan has been adopted by the Western Cape Provincial Forum for Substance Abuse as a blueprint for rollout in the entire province.  These services also speak to the transgender and sex worker communities who often identify as street-Based and are vulnerable to the spread of HIV and Hepatitis C.

Need of an empowerment process

STAND is currently partnering with SANPUD and the UNODC to deliver gender-responsive harm reduction services for women who use drugs in Western Cape. Our recently conducted gender-based violence rapid assessments primarily indicate that what is lacking is an empowerment process.  The women are so broken down on all levels from physical to emotional, financial and spiritual. Our findings clearly indicate a need to integrate a combination of cognitive behavioural therapy and contemplation group work including: 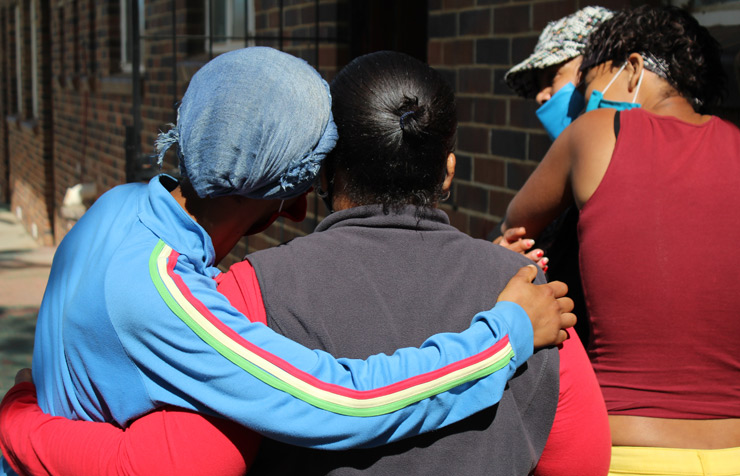 For survivors, trust, understanding and being able to rely on one another are an essential part of the healing process – photo: STAND, licence: CC

STAND provides fully registered mobile community-based drug and alcohol treatment service to individuals and significant others gripped in the cycle of addiction, gender-based violence and trauma in the most vulnerable high-risk communities both rural and urban in the Western Cape, South Africa.

STAND also plays a strong advocacy role in the destigmatization of substance use disorders and is a founding member and actively involved in the World Federation Against Drugs (WFAD) Gender Working Group, addressing gender-based violence and barriers to treatment for women who use drugs.