Our objective is to help achieve the 2030 Agenda’s vision in relation to gender equality: “achieve a world in which all women and girls enjoy full gender equality and all legal, social and economic barriers for their empowerment have been removed”

Violence against women and girls is a grave violation of human rights. Its impact ranges from immediate to long-term multiple physical, sexual and mental consequences for women and girls, including death. It negatively affects women’s general well-being and prevents women from fully participating in society. Some hard facts:

Dianova advocates for women’s rights and is working to promote gender mainstreaming in debates and international campaigns related to migration, education, addiction and mental health. Gender-based violence is one of the most systematic and widespread human rights abuse. Dianova believes that this violence is mainly related to sexist social structures, that in themselves are one of the biggest obstacles to the empowerment of women.

That’s the reason why we are committed to promoting gender equality through education, civic engagement and advocacy actions to help change these social structures and thus contribute to reducing violence against women.

The 2030 Agenda for Sustainable Development 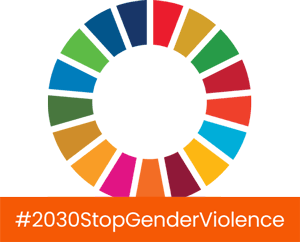 The 16-Day Campaign aims to help achieve the 2030 Agenda, a global commitment to 17 Sustainable Development Goals adopted by the 193 members of the UN, while relating more specifically to goal #5, dedicated to gender equality and women’s empowerment.

The 2030 Agenda for Sustainable Development addresses a wide variety of global challenges: it aims to eradicate poverty, reduce multiple intersecting inequalities, tackle climate change, end conflicts and maintain peace. In its global goal for sustainable human development, the 2030 agenda has a comprehensive and across-the-board commitment to gender equality. This commitment leaves no room for doubt: development will only be sustainable if its benefits equally women and men; and women’s rights will only become a reality if they are part of broader efforts to protect the planet and ensure that all people can live with respect and dignity. 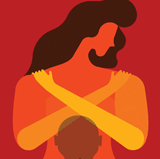 While the comprehensive and universal implementation of the vision set forth in the 2030 Agenda has the potential to improve the lives of women and girls around the world, the obstacles are daunting. That’s why Dianova aims to strengthen and share this vision through the campaign UNiTE: 16 days of activism to end gender violence which includes awareness-raising initiatives aimed at the general public.

For 16 days, from November 25 (International Day for the Elimination of Violence against Women) until December 10 (Human Rights Day), Dianova will be sharing content mainly through online channels.

Through 6 “comic” illustrations / vignettes we invite the target to share the vision of the 2030 agenda by looking at the present of 2018, from the future in the year 2030. We have become a society in which violence against women and girls is not tolerated. But how was it back then in 2018?

This vision is shown through 6 situations of violence against women and girls:

How can I participate in the campaign?

You may participate in the campaign against gender-based violence through the following actions: 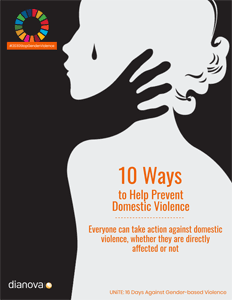 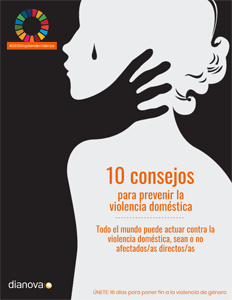 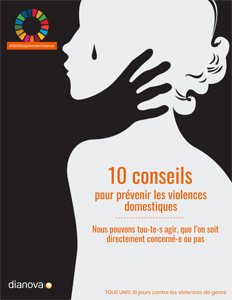 #2030StopGenderViolence – UNiTE to put an end to gender-based violence

Make a donation to support this campaign