A 16-day campaign to end violence against women and girls

The 16 Days of Activism campaign will run from 25 November to 10 December with the slogan: “Unite, leave no one behind: End violence against women and girls”

As part of its commitment to promoting the gender perspective in debates related to migration, education, addiction and mental health, Dianova is taking part in the annual 16 Days of Activism campaign running from 25 November (International Day for the Elimination of Violence against Women) to 10 December (Human Rights Day).

The campaign is part of the 2030 Agenda, a global commitment to 17 Sustainable Development Goals adopted by the 193 members of the UN, which is directed at the three areas of sustainable development: economic, social and environmental.

Sustainable Development Goal #5 recognises gender equality and the empowerment of women as a key priority of the Agenda. Based on this vision, as in previous years, the UNITE campaign invites you to “Orange the world” as an appeal to civil society, governments and members of the UN to mobilize people and put an end to violence against women

Within the framework of the 2030 Agenda for Sustainable Development and through the UNITE campaign, we are working to ensure that all women and girls, irrespective of their location, circumstances or migrant status, have the right to a life free from violence and its consequences.

What can I do to support the campaign?

You may wish to participate in this action through the colour orange, for example: 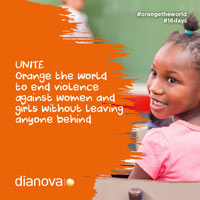 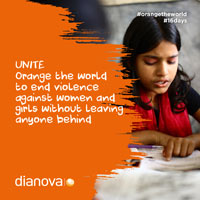 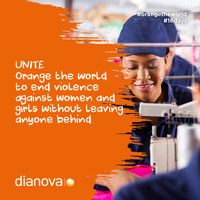 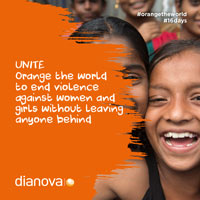 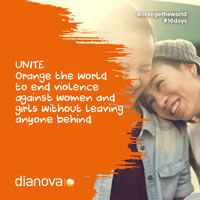 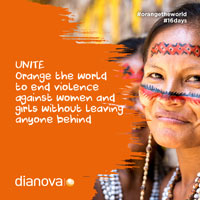 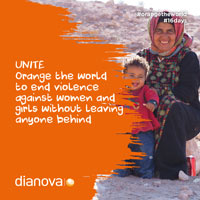 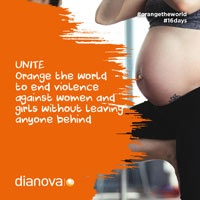 Orange the world and support the 16-day, UNITE campaign to end violence against women and girls, without leaving anyone behind