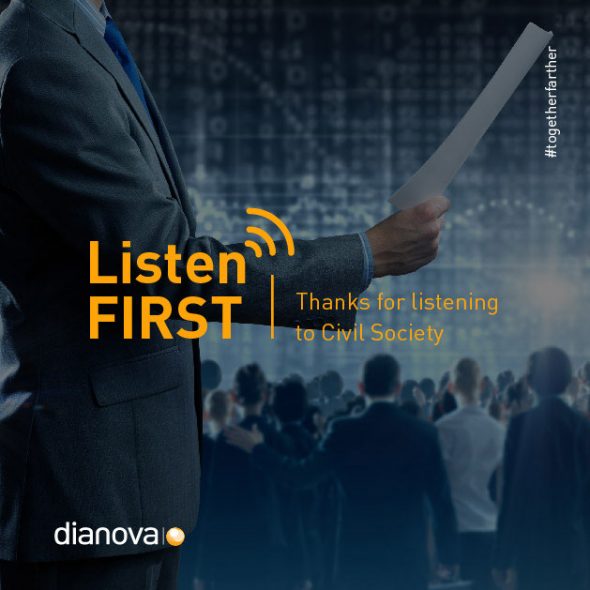 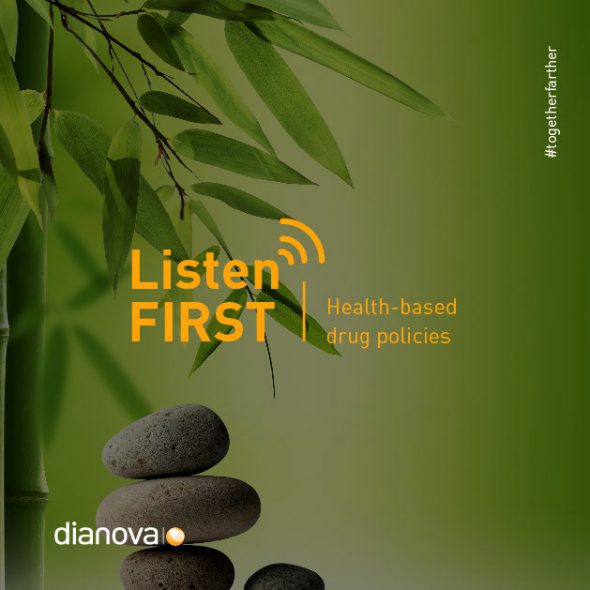 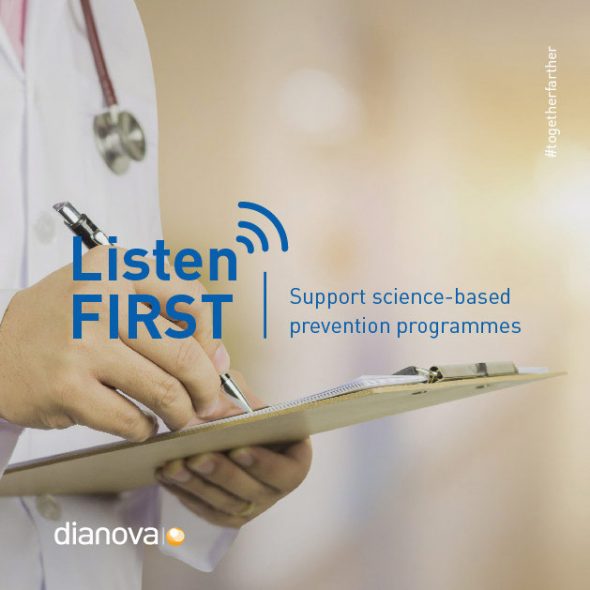 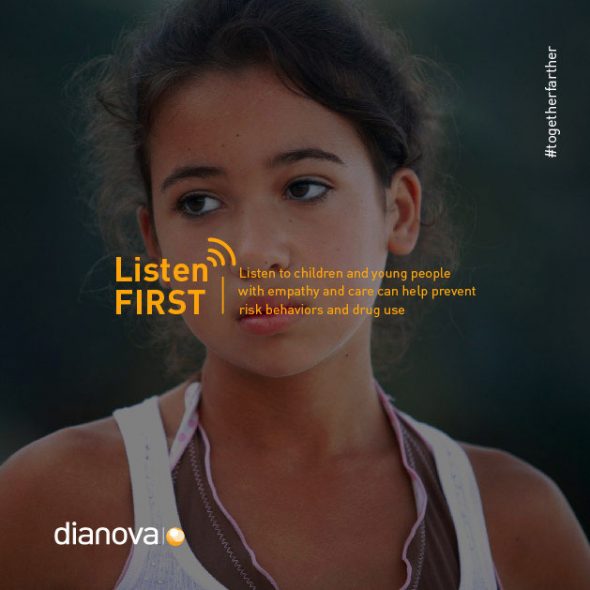 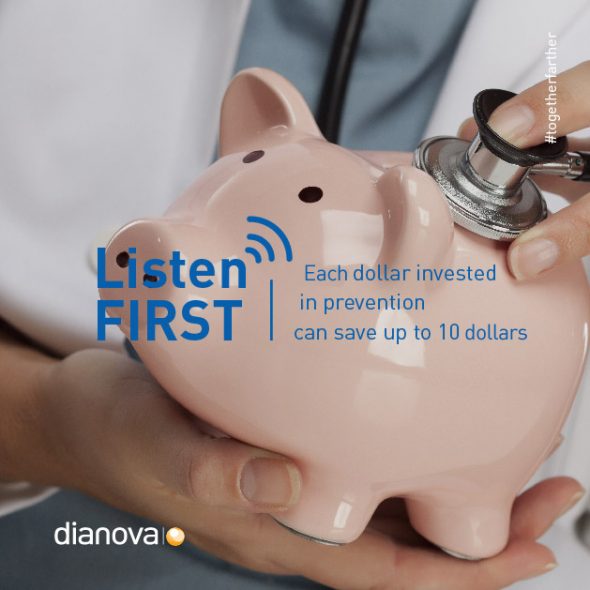 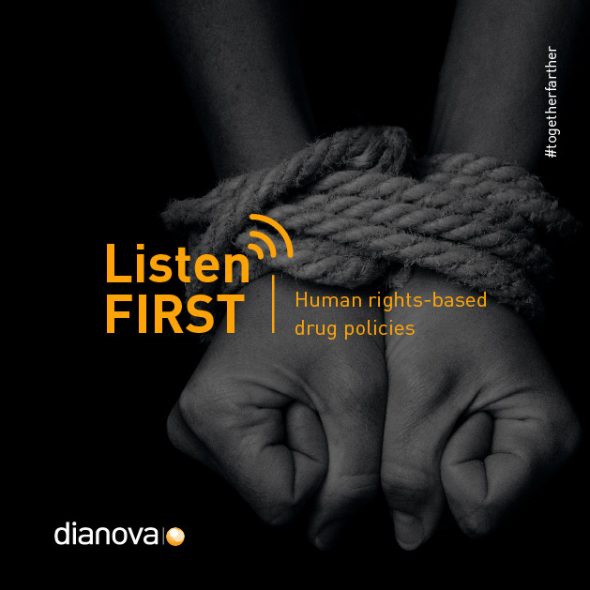 For more than ten years, the Dianova International network has implemented or joined health promotion and addiction prevention initiatives to raise awareness of the risks associated with addictive behaviours – this is the reason why Dianova’s member organizations decided to disseminate the “Listen First” campaign in their respective countries.

The global “Listen First” campaign was initially launched in New York in April 2016 at a special event during the United Nations General Assembly Special Session (UNGASS) on the world drug problem, and it will continue through at least 2017. The campaign aims to promote science-based initiatives to prevent addiction, while insisting on a very simple concept: at the core of these initiatives lies something we all know how to do, but perhaps spend too little time doing: listening.

Until the end of June, we will disseminate various prevention messages on our site and the social media and the campaign will be launched in most of the countries where Dianova’s ordinary and associate member organizations operate: Canada, Chile, Uruguay, Nicaragua, USA, Spain, Italia, Portugal, Sweden, Slovenia, Kenya, Pakistan, and India.

The goal of the campaign is to raise awareness about listening to children and young people as the first step to help them grow up healthy and safe. The campaign aims to promote active listening while highlighting how to recognize and prevent high-risk behaviours and substance use. Through various images accompanied by messages, the target public is invited to follow a series of recommendations on prevention practices, as well as to share these messages with third parties through their own website, social media or by email, facilitating access to graphic materials and related contents.

The campaign is directed to four types of audiences with specific messages:

The campaign’s key message is “Listen to children and young people with empathy and care can help prevent risk behaviours and drug use”.

Join Dianova, support the “Listen First” campaign and share it on your website and social media to help addiction prevention efforts!