As an ECOSOC-accredited nongovernmental organization, Dianova is invited to participate in the annual Commission on the Status of Women held at the United Nations Headquarters in March. Each year, Dianova submits a written statement to the CSW addressing the Commission’s priority themes and offering recommendations to governments and other stakeholders. 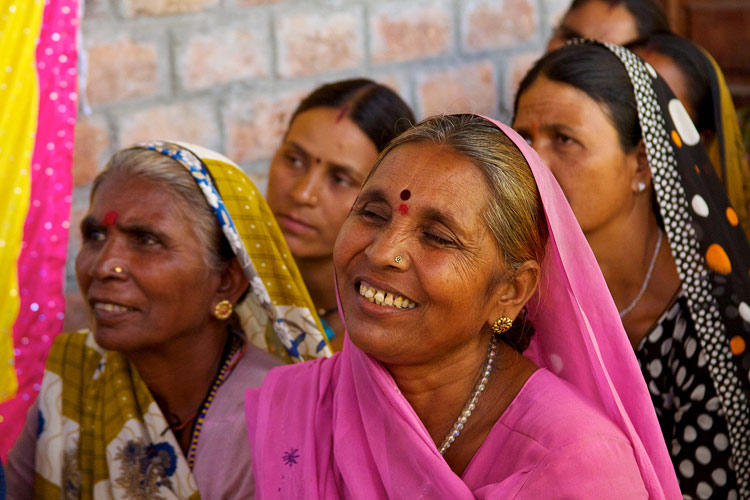 Rural women are key economic and emotional supporters of their households and communities – photo: McKay Savage, via Flickr – CC

A Call to End Structural Gender Inequality in the Rural Areas

In the occasion of the 62nd session of the Commission on the Status of Women, Dianova echoes the unheard voices of millions of rural women and girls and calls upon Member States to disaggregate data about this population in order to be able to deliver according to their needs and to make them a priority in their efforts to end poverty. To start thinking of adequate solutions, it is necessary to end the data gap which is making rural women and girls invisible to statistics, policies and decision-makers, and contributing to the perpetuation of structural gender inequality.

Rural women are key economic and emotional supporters of their households and communities: they represent an average of 43% of the agricultural labor force and yet they often endure double or triple shifts in their roles as primary caregivers and responsible for all reproductive work at home (Women Watch). In addition, in the job market they are frequently subjected to unpaid, underpaid, or undervalued, temporary, unsafe and informal jobs. If this is a common reality in the cities, for women in rural areas the situation is even severer:

Revealing the barriers to gender equality for rural women and girls

Rural women’s contribution to society is often limited by a variety of well-known reasons, usually in aggravating conditions when compared to rural men or urban women and men, namely: strict gender roles; lack of education and training and of access to seeds, credits and agricultural technologies; discrimination and lack of flexibility in the job market; domestic violence; lack of access to services or trust in the public system, etc. The perpetuation of such unbalanced conditions leads to rural women being globally much more affected by poverty than men, having less access to health and other services, as well as being less educated and more reliant on their partners than their male counterparts. Undeniably, the lack of economic empowerment is an outstanding cause for rural women’s subjugation in the private and public spaces, as well as for the lack of representation of their communities in decision-making bodies and at national levels, and for an aggravating vulnerability to domestic abuse:

Achieving economic empowerment is an essential step towards self-reliance, freedom and independence for rural women and girls and their families. Yet, economic empowerment is not enough to end gender inequality in rural places or elsewhere: structural changes are needed to create sustainable gender relations and allow for women and girls to thrive in equal conditions and to achieve emancipation in every aspect of their lives. It is evident that failing to address the broader set of barriers which perpetuates discrimination and gender inequality will continue to deeply harm rural women, also starting at early ages and impacting the present and the future of rural girls.

For instance, in far too many parts of the globe, rural girls have their education affected and often interrupted due to child marriage, teenage pregnancy, lack of transportation, or due to physical and sexual violence at home, in the schools or on the way to schools. Despite progress made in some regions, such structural gender barriers still prevail in many impoverished rural areas, jeopardizing the full development of rural girls, the whole exercise of their childhood, and essentially, their ability to enjoy equal conditions and opportunities to exercise their human rights. There are many ways to provoke change and start achieving concrete progress to end gender inequality and improve the lives of rural women and girls:

In absolute contradiction with the factual level of importance of the rural sector to feed the entire human population, the mainstream conduct towards these regions and residents has been of absolute neglect. As a consequence, when compared to urban women, rural women and girls living in impoverished areas carry yet an extra layer of vulnerability which often prevents them even further from fully contributing with the development of their community and country.