It is urgent to adequately address the impact of climate change and environmental disasters on people’s, especially women’s, mental health 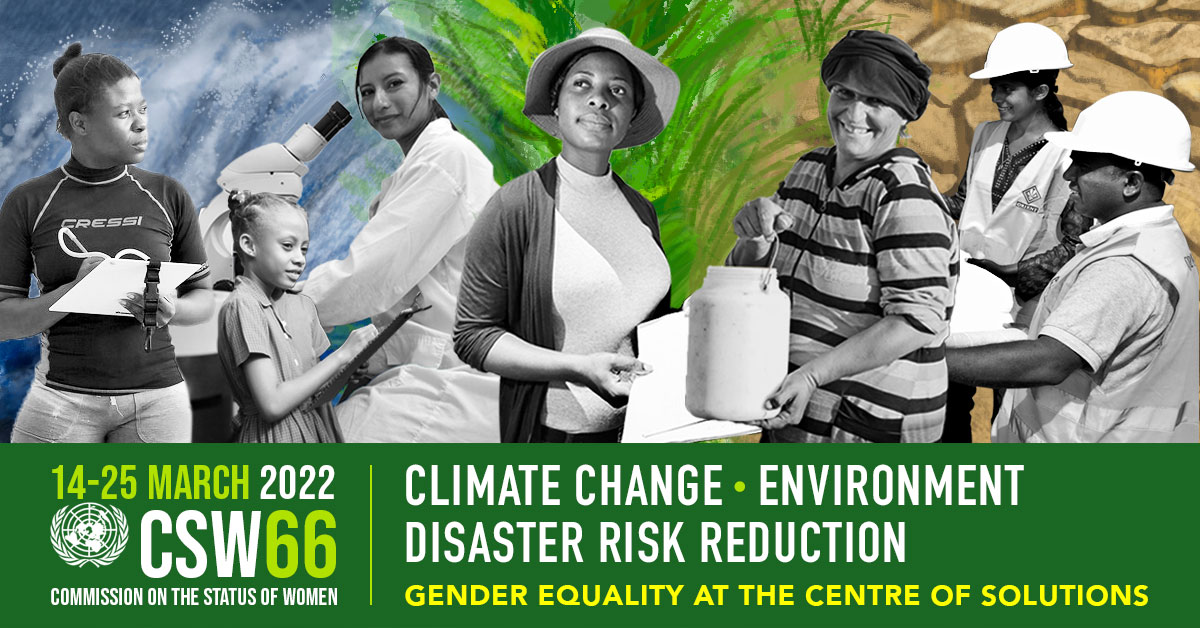 Climate change has repercussions in various domains, including the economy, human habitats, migration flows, the environment and ecosystems, etc. Its impact on health however, and more particularly on mental health has yet to adequately addressed. Dianova International calls for immediate action and measures to protect and empower women and girls, especially the most vulnerable.

Climate change poses an ever-increasing threat to humanity, especially with regard to its effect on mental health. Although the link between climate change and mental health is particularly complex, research suggests that extreme climate events could worsen the risk of mental illness. As a result of the association between environmental concerns and psychological disorders, mental health professionals are faced with increasing cases of ‘eco-anxiety’ or ‘climate anxiety’ in their day-to-day practice (Mental health and climate change: tackling invisible injustice, The Lancet Planetary Health, April 2020). However, even though the United Nations has, for some time now, included mental health in its assessment indicators for climate change impact (Climate change and human health: risks and responses: Summary, World Health Organisation, 2003), the official statistics on the number of people affected remain limited.

This is also an example of how ill-equipped most countries’ health systems still are to adequately address people’s mental health problems, and more particularly when the latter are related to climate change. On World Mental Health Day 2021, the United Nations Secretary General, António Guterres, noted that the main reason for this was a lack of ongoing investments, with Member States’ governments spending less than 2% of their health budgets on mental health (“Make mental healthcare for all a reality, urges Guterres”, UN News, 9 October 2021). This also explains why more than 75% of people with mental health problems living in low- and middle-income countries receive no treatment whatsoever. Greater public investments would undoubtedly contribute to improving the population’s overall well-being and would have benefits for all.

During the inaugural meetings of the UN General Assembly (1946), the sub-Commission on the Status of Women was established under the Commission on Human Rights, later that year, it became a full-fledged Commission dedicated to ensuring women’s equality and promoting their rights – Photo: UN Women, via Flickr

As is the case when comparing countries, the impact of climate change on people’s health may greatly vary. A population’s vulnerability depends on various factors, including population density, the degree of economic development and income levels, as well as the social, economic, political and cultural context. Age, class, race, sexuality and gender, amongst other categories, are also determining factors. Based on the assessment of 130 studies conducted by the Global Gender and Climate Alliance in various countries in 2016, 68% of these studies indicate that women and girls are more affected by the health impacts associated with climate change than men and boys. The initial health condition, quality and availability of healthcare, as well as natural disaster-related risk responses could undoubtedly heighten or alleviate these vulnerabilities.

People’s gender also explains the unequal impact of climate change on mental health. Women are commonly more prone to developing such mental disorders as anxiety, depression and posttraumatic stress following climate change-related disasters (Gender and Climate Change: A Closer Look at Existing Evidence, Global Gender and Climate Alliance, November 2016). This is of particular concern for women whose primary livelihood income depends on the use or sale of natural resources, as it affects their ability to earn a living.

Also, as is highlighted in numerous studies, women and girls are at greater risk of domestic violence, sexual violence, sexual exploitation, abuse and human trafficking in situations of environmental disasters.

Women who have experienced violence prior to these disasters are even more likely to endure greater violence following them and especially domestic and sexual violence (Gender, climate change and health, World Health Organization, 2016). However, fear, limited financial independence and cultural barriers often prevent women and girls from using shelters and health facilities and services, thus heightening their vulnerability.

This is often exacerbated by the caregiving roles that women and girls are often burdened with, negatively affecting their ability to adapt to climate change (Gender and Climate Change: A Closer Look at Existing Evidence, Global Gender and Climate Alliance, November 2016). As well as making it difficult for women to earn an income and rebuild their lives, the household chores also limit their participation in social and community activities and reduce their ability to access mental health and medical care services. Access to these services is further reduced for women and girls living in rural areas who are often unable to travel the long distances to the nearest health facilities.

As is evident from internationally conducted studies, environmental conditions are also a compelling reason to migrate (Environmental migration: a complex phenomenon, Deutsche Welle, October 2013). Several studies highlight the disproportionate impact of migratory movements on women and girls as decision-making on evacuation and adaptation plans excludes women and increases the insecurity they experience during and after a disaster with potentially dire consequences on their mental health. Gender and natural disaster case studies paradoxically highlight the importance of women becoming agents of social change and key actors in the disaster response programmes and early alert initiatives.

We can gather from the above that mental health is closely connected to poverty, education, access to health services, socio-economic inequalities, gender, violence and other global challenges such as climate change and environmental disasters, among others. Having poor mental health has repercussions on people’s overall individual well-being, limiting their ability to fulfil their own potential as well as that of communities as a whole. Mental health care is essential for enjoying a decent life and achieving sustainable development.

For these reasons, Dianova International calls for: