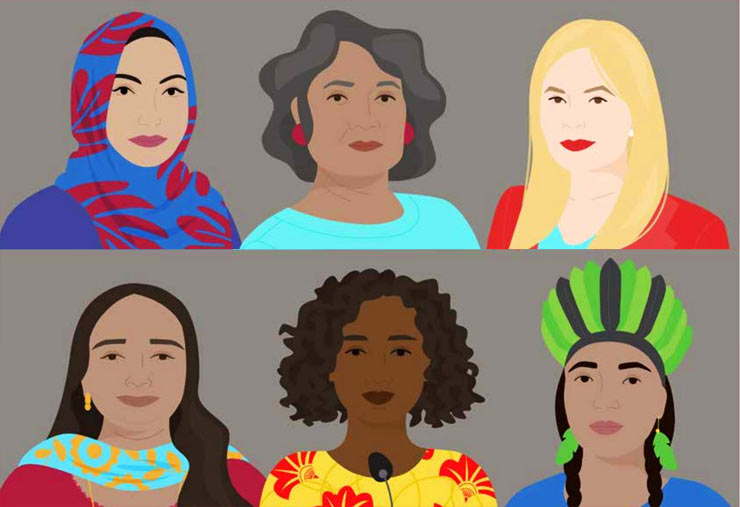 CSW65 Priority theme: Women’s full and effective participation and decision-making in public life, as well as the elimination of violence, for achieving gender equality and the empowerment of all women and girls.

15 March, 2021 – According to recent UN Women data, one in three women globally experience physical or sexual violence mostly by an intimate partner. Since the pandemic, violence against women, especially domestic violence, has intensified. After depression, addiction represents the most frequent condition amongst victims of violence.

In recent decades, several studies have shown how closely addictive behaviour and gender violence are related. In addition to experiencing physical and mental health problems, women with substance use issues often endure physical and sexual violence or have a history of violence and abuse.

Across various studies in the United States, substance abuse has been found to co-occur in 40 to 60 per cent of intimate partner violence incidents. Several lines of evidence also suggest that substance use disorders play a facilitative role in these incidents by precipitating or exacerbating violence. In this sense, spousal abuse has been identified as a predictor of developing a substance abuse problem and/or addiction. Additionally, women in abusive relationships have often reported being coerced into using alcohol and/or drugs by their partners (American Journal of Public Health, 1996).

The relationships between violence and addictive behaviour are part of a vicious circle. On the one hand, women’s substance use is likely to increase their risk of being victims of violence from their intimate partners, and on the other hand, substance use is a strategy to deal with violence (Kilpatrick et al., 1997; World Health Organization, 2013).

Consequently, drug and alcohol-related disorders are more prevalent among women who experience intimate partner violence compared to women having had no such experience (American Journal of Public Health, 1996). As expected, a link between violence and addictive behaviour is more frequently found in women than men. Besides, it can be observed both within and outside the couple, for example:

Sadly, women with addictive behaviour who are victims of violence are less likely to seek out and receive treatment due to their social isolation. Moreover, these women can be afraid to get the help they need because of the fear of being stigmatized and considered deviant persons for not having been able to fulfil the traditional roles – of wife, mother and family nurturer – traditionally expected from them. As a result, the number of women with substance use issues enrolling in treatment programs remains extremely low despite the soaring prevalence of women affected.

Those women who succeed in entering treatment programs typically have a shorter stay than men and, after treatment completion, are more frequently exposed to relapse.

On the one hand, they face negative or inadequate social support systems, inadequate income, unemployment, unstable housing, and involvement with the criminal justice system.

On the other hand, women in treatment often need support for handling the burdens of work, home care, child care, and other family responsibilities, but they most often do not receive this support and have to leave treatment because of the strong societal pressures to take care of others.

Most studies and research related to substance abuse are still carried out with a predominance of male participants. Therefore, addiction treatment programs are generally grounded in an androcentric perspective that does not meet everyone ’s needs. This situation engenders obstacles to treatment: women account for only one out of five people in treatment for drug use (World Drug Report 2015, United Nations Office for Drugs and Crime). However, recent research indicates significant differences between men and women in the substance-related epidemiology, social factors, biological responses, progression to abuse and dependence, medical consequences, co-occurring psychiatric disorders, and obstacles to treatment entry, retention, and completion.

Dianova International firmly believes that girls’ and women’s rights are fundamental human rights. There is an urgent need to create more awareness among the general public, the media, decision makers and health professionals of the specific problems women specifically face when confronted with substance use disorders, including violence, stigma, gender-related differences, and obstacles to treatment and social reintegration.

Particularly, Dianova International supports all necessary measures to protect women with substance use disorders and suffering violence, with an aim to improve the admission rates in addiction treatment centres and within police protection services and to intensify the treatment and monitoring services of perpetrators.

Dianova International also advocates the mainstreaming of a gender perspective in drug and alcohol policies as an analytical framework that effectively and comprehensively address the complex needs of women with substance use disorders, including programs that offer a wide range of services adapted to the specificities of gender.

Dianova International heartily believes that empowering women and girls enables them to regain their autonomy and their ability to make responsible, well informed choices regarding substance use and other potentially addictive behaviours. Through empowerment, women and girls also regain control over their lives and can break free from violence. And only then they can have full access to their rights, from equal access to education, health care, decent work, financial independence, sexual and reproductive rights, to representation in political and economic decision-making processes. And only then will all women and girls have the self-determination they are entitled to.

Finally, Dianova International strongly believes that empowering women and girls across all programs and advocacy efforts will fuel sustainable economies and benefit societies and humanity at large.

With stepped-up action on gender equality and the elimination of violence, every part of the world can make progress towards sustainable development by 2030, leaving no one behind.