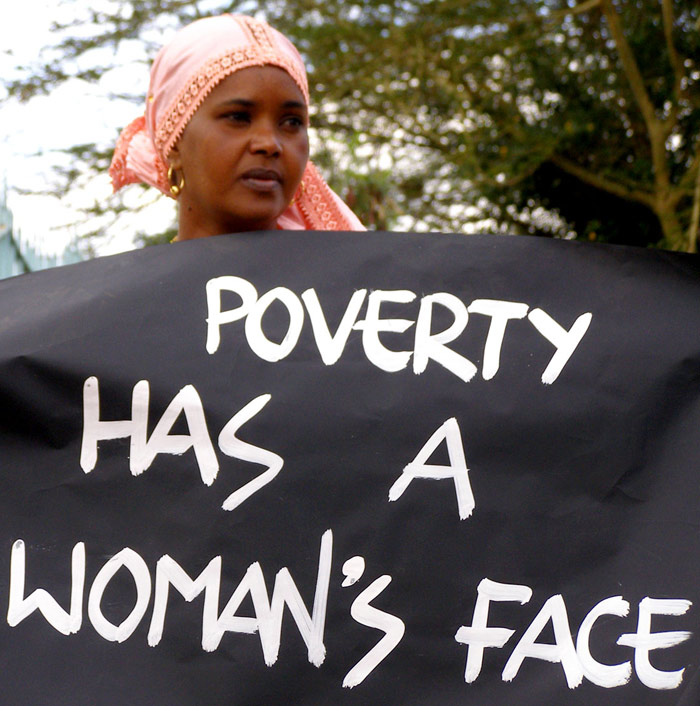 “Poverty has a woman’s face” – Photo lorena pajares, via Flickr

By Joanna Nappi – Poverty is one of the most challenging, multifaceted, and pervasive issues to plague the globe.  The eradication of poverty is a pre-condition for sustainable development, as well as the ultimate goal of the United Nation’s 2030 Agenda for Sustainable Development. There is no particular face of poverty, as it influences all types of people from every country in every region of the world; however, there are more women and girls living in poverty than men and boys.   Furthermore, poverty has a more severe impact on women and girls than on men and boys.  This phenomenon, in which women and girls experience poverty at disproportionate rates, is referred to as the feminization of poverty.

The United Nation’s report, The World’s Women 2015: Trends and Statistics, emphasized that there is a lack of data on poverty that is disaggregated by gender and “there is no single straightforward measure of poverty from a gender perspective,” but there are numerous statistics that shed light on the variables and mechanisms that foster and perpetuate a status of poverty in women and girls:

To bring attention to this issue, ONE launched its Poverty is Sexist campaign in 2016, which has gained the attention of global leaders and activists, such as Justin Trudeau and Melinda Gates.  In a recent interview with CNN, Melinda Gates explained that the feminization of poverty does not just affect Least Developed Countries (LDCs), it affects all countries.  For instance, in the United States, 14.2% of women between the ages of 18-62 live in poverty, in comparison to the 10.5% of men between the ages 18-62 who live in poverty.  Every State has a duty to commit to this issue and urge other States to commit as well.  Justin Trudeau, the Prime Minister of Canada, recently pledged his commitment to ONE’s Poverty is Sexist campaign, declaring, “As a feminist, I know that women must be treated equally everywhere…No one leader can make this happen alone.  We need other leaders around the world to step up too.”

The gender inequalities within poverty are evident and undeniable.  The feminization of poverty is complex, pervasive, and interrelated with a multitude of other issues, such as education, child marriage, the labor market.

If the overarching goal of the 2030 Agenda is to transform societies across the globe and eliminate poverty by 2030, the feminization of poverty can no longer be ignored. Governments and institutions must pledge their commitment and foster awareness of this critical issue.

In addition, a gendered perspective should be incorporated into all policies and laws at the local, national, and global level.  Moreover, disaggregated data and the formulation of new measures are needed in order to inform policy and obtain a clearer understanding of gender inequalities within impoverished households.  Finally, women and girls need to have full access to quality education, decent jobs, financial institutions, and technology.  States that prioritize education, accessibility, and inclusion are healthier, wealthier, and more stable.  Sustainable development cannot be achieved unless every citizen of the world is empowered. 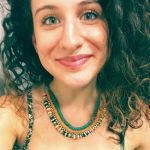 Joanna is a licensed social worker in Connecticut and New York. She currently works in an elementary school with special education students, and she maintains her passion for activism by volunteering, doing advocacy work, and working with various NGOs