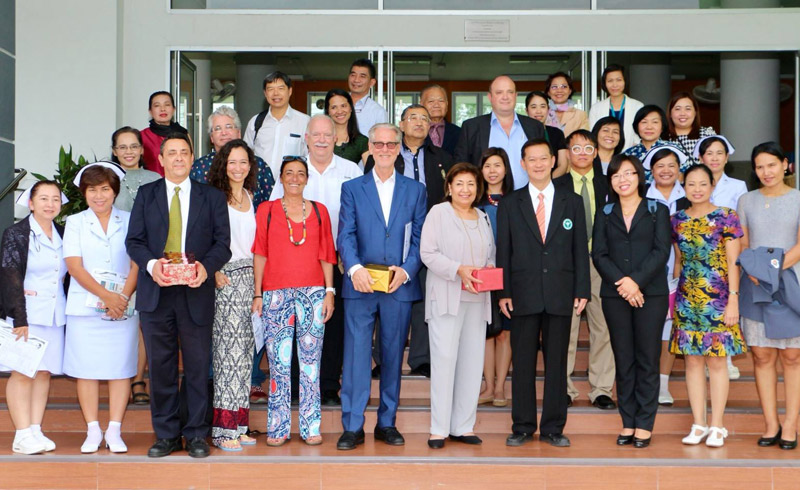 Visit to the Princess Mother National Institute for Drug Abuse Treatment, in Bangkok

A meeting of the Board of Directors of the World Federation of Therapeutic Communities was held from 27 to 30 November in Bangkok (Thailand) with the aim of strengthening the TC movement for the benefit of the rehabilitation of substance abusers.

The meeting was attended by representatives of organizations from Asia, Europe, America and Oceania. The meeting made it possible to brief the WFTC members on the activities of the regional federations and to adopt the the work guidelines as recommended by the restructuring commission. The goal of the organization is to strengthen its international role while continuing to support its members.

As a result, seven work commissions were established. Dianova International will participate in four of the latter: International Relations, Communication, Statutes Review and Advocacy.

Work of the Restructuring Committee

The Restructuring Committee held meetings during the first two days of the event. Participants in these meetings consolidated the work carried out since the 2016 meeting of the Committee in Palma de Mallorca, Spain) and prepared a number of recommendations on different areas including Communication, implementation of a best practice database, Financing, Membership and International Relations.

The experience was a fruitful one for Dianova International representatives who especially enjoyed their visit to the Princess Mother National Institute for Drugs Abuse Treatment, the country’s largest treatment facility, with over 770 places, eight treatment spaces, six rehab spaces and a follow-up unit.

One of the principal challenges faced by the organization in the near future will be to highlight the rapid evolution of TCs, the vast majority of which have not only professionalized but also adapted to special needs populations.

Montse has been appointed Director-General of Dianova International in 2006 and occupies this position since. She has a large experience in the social, health and humanitarian sectors and has contributed for many years to the development and strengthening of the relationship between the civil society and the administration in some of the Dianova network's member organizations.