In the last few years the subject of drugs and their problematic use have been the focal point of public and political agendas. Despite multiple efforts and investments that have been made in this area, no major progress has been achieved.  People continue to take drugs and drug trafficking networks keep expanding, destroying the utopian ideal of a world without drugs. From this point it is valid to ask ourselves about the policies and approach that have been used to confront this social phenomenon, and the need to redefine them.

The current legislation in Chile (Ley N° 20.000)(Law Nr 20,000) is defined by a prohibitionist strategy, and has been in effect since the passing of the Single Convention on Narcotic Drugs, 1961, prioritising repressive approaches of control and repression. This is the legacy of the “war on drugs” launched in those times by the President of the United States of America, Richard Nixon. From then on drug use began to be conceived as a crime and a threat to national security which had to be eradicated, attacking both areas where it was consumed (demand) and drug trafficking routes (supply) (Del Olmo, 1989; Escohotado 1998).

The general trend of the above-mentioned law is to expand and intensify both the penalties and the investigation techniques –diminishing other guarantees in play such as the due protection and respect for private life which are guaranteed by the constitution (Article 19 Nr 4)-. Illegal drug possession is sanctioned under this legal framework.  And although the purpose expressed by this law is to protect public health, it is at the very least questionable that drugs like tobacco and alcohol –with prevalence rates much higher than with illegal drugs, and considerably greater health impacts – are not banned (Department of Epidemiology, MINSAL, 2008). This is one of the doubts that arise when realising that the ban on certain substances does not necessarily coincide with how dangerous they are, and is measured by factors not only based on health but also economical, political and ideological.

A dual categorisation can therefore be gathered from the current legislation on the drug users. If the goal is to protect public health, the basic assumption is that the use of illegal drugs directly impairs the health of the consumers, so for this reason they will be classified as sick people. On the other hand, the fact that the National Service for Drug and Alcohol Prevention and Rehabilitation (SENDA), the authority in charge of expediting national drug policy, depends on the Ministry of the Interior implies that drug addiction is considered just another area of public security, so those who infringe upon this –by using or trafficking drugs- will be classified as delinquents. In both cases, the consumer would be a person who loses the free will to act and lets him or herself be domineered or enslaved by the drug. Therefore, it becomes necessary to deploy a criminal and health control unit, stigmatising and further excluding drug users.

The prohibitionist approach is set up as a dominant paradigm and proposes a drug free society which must therefore ban any kind of drug use, even occasional and recreational, as these essentially would lead to an addiction, justifying the criminal response to drug use with the aim of protecting society. This is, therefore, a reductionist approach; where the focus is put on the drug and overlooking other social factors that have an impact on drug addiction, for example social inequality and exclusion among others.

Beyond the fact that the “war on drugs” has not reached its main explicit aim, rather it has done the contrary; its negative consequences have been significant. The prohibitionist policy increases the use and value of illicit drugs, creating a black market that is tax free, where the adulteration of drugs and the lack of information put the health of the drug users in even more danger. Likewise, persecuting the drug user only serves to stigmatise them and increase the subjective suffering that, paradoxically, is what drug users are trying to placate by taking drugs (Inchaurraga, 2001).

The counterpart of this is the paradigm of harm reduction, which originated in Europe in the 1980s as a response to the spread of HIV caused by the shared use of syringes among heroin users. Consequently, the implementation of syringe exchange programmes began, as well as drug substitution by opiates. Nevertheless, the model cannot be reduced to the above-mentioned strategies and an integrated perspective of the issue is needed, assuming that by permitting unproblematic ways of drug use rates of drug consumption should not have to increase. Furthermore, if this were to happen, this would create fewer negative health, social and criminal consequences than under the present regime of prohibition; permitting better health care and better access for those who present problematic use. This by means of the recognition of the presence and functionality of drugs in society (De Rementería, 1998 en UDP, 1999).

Harm reduction is characterised by advocating a pragmatic approach, in the sense that it establishes a hierarchy of objectives and the respective stages needed to accomplish them, starting with the most realistic and immediate ones to reduce the risks of drug use, and  aspiring to achieve risk-free drug use or abstinence, depending on the case.

This approach attempts to guarantee access to information and prevention, and health care services for everybody, with the aim of minimising the costs that go with criminalising drug use (Inchaurraga, 2001). The focus is no longer on drug abuse, but on the effects this has, and which are given consideration in terms of utility/damage for the drug user. This means leaving aside the condemnation of the drug user and absolute ideals, and concentrating on a pragmatic approach. From this approach using drugs is considered an act of free will, and it is recognised that the person involved is responsible for their own actions. The drug user stops being seen as a child who needs to be looked after, or somebody lacking in willpower who has been enslaved by drugs. On the contrary, they are people who can make choices and consequently, the health system should provide them with options.

In recent years we have been witnesses to the shift that has been developed in treatments for addressing problematic drug use. Progressively the notion of total abstinence leading to harm reduction is being abandoned, more in practice than in formal guidelines. However, this change of paradigm is still not fully incorporated by public drug policies, creating disharmony between governmental programmatic lines and what has effectively developed in the treatment schemes depending on what the users of these request, who on many occasions are not prepared to give up drug use, but only reduce it.

Nevertheless, the epidemiological reality in Chile is different to that in European countries. While there the use of injectable drugs is the most common kind, here the drug that causes most health problems is cocaine base paste. This drug is highly addictive so a controlled use of it would be more complex and there is no evidence yet in Chile of documented experiences of harm reduction for this kind of drug use.

Nevertheless, measures could be implemented that make drug use safer, for example, ensuring that the “pipes”  are kept in basic hygienic conditions and do not get shared in order to avoid the spread of  hepatitis or other infections.

Some experiments on a possible solution have been developed in Bolivia by Dr. Jorge Hurtado, who has supplied coca leaves for “chewing” to cocaine hydrochloride and/or cocaine base paste addicts, and by Labigalini in Brazil, who supplied marihuana to intravenous cocaine and crack abusers, achieving interesting results (Castaño, 2000). Therefore, it is becoming necessary to expand lines of investigations and standardise local experiences, which become complex when the investigations and pragmatic courses that are being followed are defined by the State, which hinder the creation of knowledge or proposals that are not in accordance with the policies of SENDA  and the paradigm of the reduction of the demand (Quiroga y Villatoro, 2003).

From the official stance, including that of the Ministry of the Interior, it is believed that by adopting this more permissive approach, drug use would increase. However, there are experiences that show that these apprehensions are not effective. The most paradigmatic case is Holland which has implemented a harm reduction policy (programmes of opiate substitution with methadone, supplies of clean needles to avoid the risk of infectious diseases, a national vaccination campaign against hepatitis B, aimed at risk behaviour groups, among others).Likewise, a policy of tolerance towards drug users has been implemented, decriminalising the use of  marihuana y hashish, allowing its regulated sale only in the authorised  so-called “coffee shops” and the cultivation of up to five plants of marihuana for personal use. No increase in drug use has been witnessed following this, which, combined with a more permissive attitude towards other drugs, has put them in the position of having the lowest percentage of extremely problematic addicts in Europe (Escohotado, 1998).

The European Monitoring Centre for Drugs and Drug Addiction (EMCDDA) states  that, despite the fact that Holland decriminalised its sale, less marihuana is used (5%  prevalence in the population between ages of 15 and 64) than in other European countries with more restrictive policies, being below the European average use, which is 6.8%. Regarding cocaine use in Holland, this also would be less than in neighbouring countries.

With legalisation and eventual regulation, the State could raise considerable taxes, which in turn could be destined towards prevention and education plans. Another eventual benefit would be that, with the sale of drugs being regulated, this would put an end to the sale of adulterated and highly toxic drugs. By establishing the sale of drugs as a legal enterprise, more thorough records could be kept on problematic drug users, which would allow the policies of prevention and rehabilitation to be redesigned and perfected.  This would also achieve a reduction in judicial materials and security costs, and also decrease corruption levels.

Ultimately this would bring about multiple benefits, but while the prohibitionist policy on a worldwide level continues to rule, it is difficult for Chile to break away from this. For the time being, the necessity of separating drug use from drug trafficking is evident, and this would involve modifying the current criminal law, where drug use is classified as a misconduct. An alternative would be to use civil or municipal regulations that would guard common good in public areas, as has already been implemented in several countries. The non-criminalisation of drug use does not imply a deregulation of this (Catalán, 1999 in UDP, 1999).

We are currently witnessing how a moderate use of legal drugs, alcohol and tobacco is being promoted, thus reducing the associated risks (for example: don’t drink and drive). Why is the same measure not in place for other kinds of drugs, knowing that the restrictive policy has not achieved any improvements in the situation?

These are some of the questions that emerge when analysing the current public policy and that make us start thinking about the need for a new drug policy.

“The maximalism of wishing for a drug free world forms part of the idealistic visions to which any person has a right. For public, health and social action a high level of realism and pragmatism is desirable” (Torralba i Novella, 1998 in Inchaurraga, 2001, p. 115).

The translations of this article were provided by the volunteers of Translators Without Borders. Many thanks for their selfless contribution! 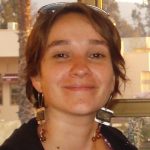