In Thailand, people with depression often avoid seeking treatment for fear of stigma. There are also high level of depression in developed countries, but it is something that is not reported. These were among the issues discussed at the monthly meeting of the NGO Committee on Mental Health in November, entitled: “Non-communicable diseases”

The event focused on how stigma and a number of risk factors that can trigger the onset of depression, such as smoking, drinking alcohol, as well as having unhealthy diets and not enough physical exercise.

The WHO believes that pollution and climate change can also have a negative impact on people’s mental and physical health. As a consequence, the meeting emphasized that education and raising awareness about these issues is key to generating sustainable solutions. In other words, the goal is to increase people’s understanding of how they can choose food, clothing and other consumer goods with less environmental impact.

In addition, participants discussed how migrant populations are more prone to suffering mental health problems due to the adverse consequences of living in a new city, having limited opportunities and a certain loss of their identities, among other factors.

At least one in five people will suffer from a mental health problem during their lives. Therefore, high-level political support and secured funds for prevention programs are critical on a global level. In Jamaica, for example, plans have been implemented to support sustainable lifestyles and to promote mental health.

According to WHO estimates, over 350 million people suffer from depression worldwide and that only about fifty percent of these individuals will eve receive treatment. Moreover, it is estimated that up to one third of clinically depressed people engage in drug or alcohol abuse, as a form of self-medication for soothing the feelings of low self-esteem and hopelessness that characterize this illness. It is therefore critical to address both mental health disorders in specialized treatment programs to stop their progression and empower the individual to build a healthy, productive life. 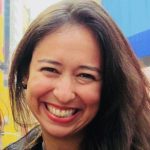