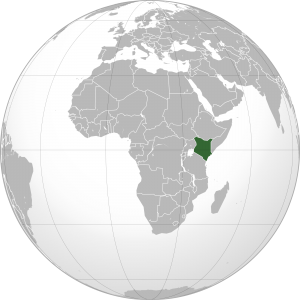 The Republic of Kenya is a country in Africa which territory lies on the equator, covering a diverse and expansive terrain, somewhat larger than France. In January 2017, the country had a population of 48 million people. Kenya is the economic and transport hub of East Africa, however, despite its growing entrepreneurial middle class and GDP growth, the country’s economic and development trajectory is threatened by poor governance and corruption.

Despite the abundance of natural and human resources and a literacy rate which is far better than in most other African countries, unemployment and under-employment remains extremely high at about 40% of the population. Today, more than 40% of Kenyans are under the age of 15 because of sustained high fertility, early marriage and childbearing, and an unmet need for family planning. Kenya’s persistent rapid population growth strains the labor market, social services, arable land, and natural resources. 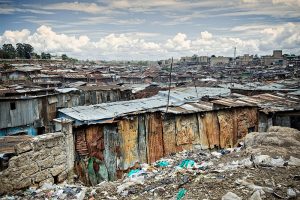 Substance abuse is one of the major problems confronting the nations nowadays, especially amongst the younger population. Drug and alcohol abuse and related anti-social behaviours have increased tremendously in recent years.  According to the National Authority for the Campaign Against Alcohol and Drug Abuse (NACADA) the past twenty years have seen substance abuse soar to an extent that it now cuts across all sectors of society. Moreover, substance abuse is particularly widespread among slum dwellers due to high levels of unemployment, peer pressure, and poor living conditions.

Young people pay a heavy toll to substance use: alcohol, tobacco and bhang (preparation of cannabis) are increasingly being abused by school-going children while those between 16 and 30 years of age are most affected.  A few years ago the most commonly abused drugs among students were tobacco, alcohol, bhang and miraa (or khat, a plant used as a narcotic) but today opium, cocaine and heroin have added to the list. Use of sleeping pills, tranquilliser, cough mixture, inhalants such as glue and petrol is now rampant especially among the street youngsters. In Nairobi alone 50% of students have in the past taken drugs. According to a survey conducted by NACADA in 2012, it is estimated that over 13% of Kenyans are using alcohol, 9% tobacco, 1% bhang and 0.1% heroin

Slums grow because they provide something poor people need

Nairobi is the country’s capital and economic heart, the city accounting for 45 per cent of Kenya’s GDP. It also has some of the largest slums and the biggest informal economies on the continent. Nairobi’s inequality levels are among Africa’s highest and a shocking economic division persists between the city’s formal and informal worlds. Nairobi’s and other cities’ slums are growing larger every year. So is the country’s informal economy, which employs over 80 percent of Kenyans, according to a recent Kenya National Bureau of Statistics’ Survey.

Kenya’s slums are full of enterprising people. But they are also highly dysfunctional places, warrens of shacks and crudely built apartment blocks where much of the population lives in a world of exploitation. It is not just electricity that is provided by cartels. So is water, garbage collection and security. The state barely enters; in most slums, health care and education are provided privately by charities, if at all. Poor sanitation, lack of water and related disease outbreaks are making the lives of the residents even harder.

Improper waste disposal poses a big threat to the residents of the Korogocho slums due to the risk of water-borne diseases. Although some pay-toilets have been set up there, the cost remains prohibitive, forcing residents to dispose of excreta in plastic bags, or “flying toilets” which litter the area. The scene in Korogocho is replicated elsewhere in the country, where rapid urbanisation has meant more informal structures with little or no water.

Slums grow because they provide something poor people need: affordable housing near to work, schools and public transport. Unfortunately, there is often little in the way of a legal system to protect property rights. Instead, landlords make fortunes renting tiny patches of land to people who have nowhere else to go.

In Kenya, challenges to be met are huge before fulfilling the government’s Vision 2030 programme, a set of objectives aimed at propelling the country to middle-income status by the year 2030 and achieving a society that “guarantees equality of opportunity in accessing public services and providing income-generating activities.” 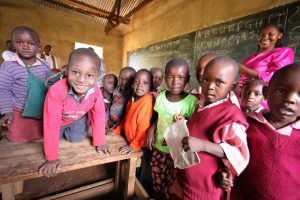 Despite the significant progress made by the country disparities remain. In some rural regions where poverty levels and gender inequality are high, only 19 per cent of girls are enrolled to school.

Primary education is free, but families often must pay for textbooks, uniforms and teachers’ salaries. Additionally, when children attend school, they are not contributing to the family’s income. These costs and perceived losses make it difficult for families to justify sending a child to school

In some rural communities where girls are expected to marry early and join their husband’s households, parents do not readily see how education can benefit their daughters or the family. 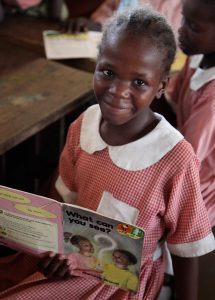 In secondary education, the low enrollment of girls is also due to persistent high levels of poverty, especially in urban slums and rural areas. In addition, as socio-cultural norms based on patriarchy continue to prevail, most families tend to give priority to boys’ education. Other challenges preventing girls from accessing education include factors such as lack of adequate infrastructure, inadequate policy implementation, as well as prevalence of HIV and AIDS.

The quality of education at secondary level is also a concern as many do not complete the cycle due to gender-insensitive teaching practices as well as shortage of female teachers as role models. The consequences of gender inequality in education are dramatic. When denied access to formal education, girls may grow up illiterate and without the tools to gain the economic resources needed to invest in the education of the next generation of Kenyan women.

Kenya has made significant progress in this area, however further efforts are needed because women’s education not only is an empowerment tool, it also is a critical factor in of the nations’ economic and social development.

Reducing Vulnerability to Substance Abuse, One Slum at a Time

Developed by Dianova and the Slum Child Foundation, the project utilizes an approach grounded in health promotion, capacity building and peer education.  It is targeted to schoolchildren, students and teachers from Kibagare slum’s main schools.

Click here for details or to participate in the project

In Kenya, the Slum Child Foundation, associate member of the Dianova Network, provides support to slum children and youth through educational support and drug prevention projects