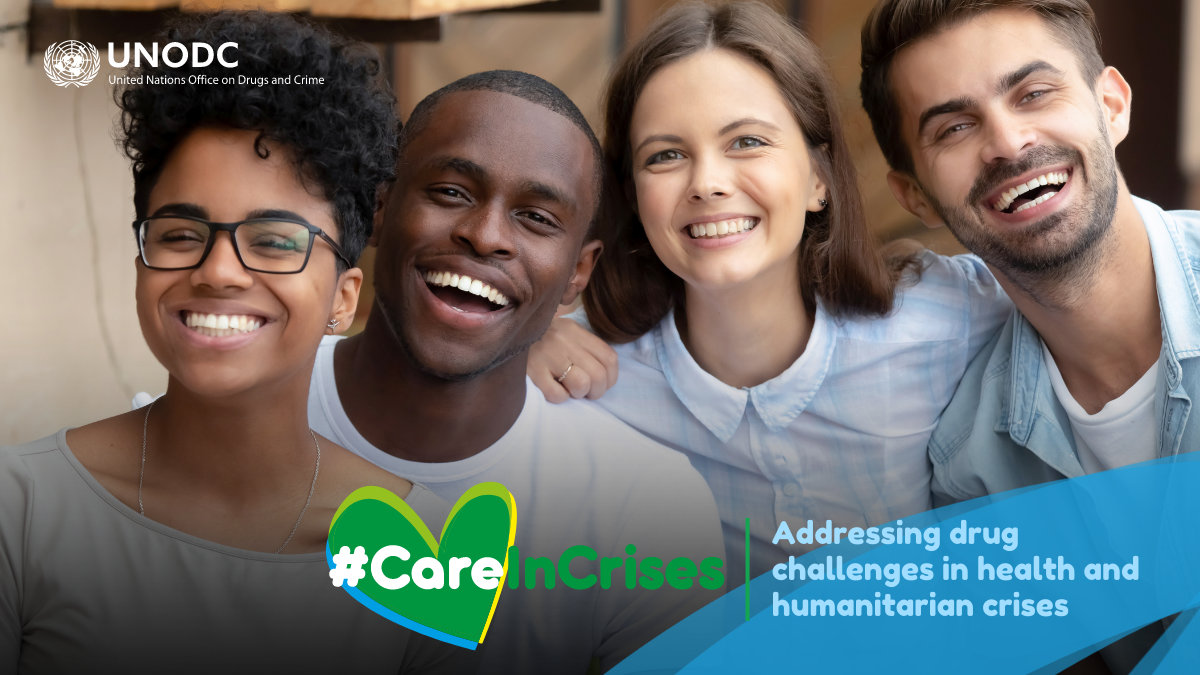 Dianova joins the UNODC’s #CareInCrises campaign and calls on governments, international organizations, civil society and all other stakeholders to implement urgent measures to protect people. It is critical to strengthen the prevention and treatment of drug use disorders.

Dianova International Statement on the occasion of the International Day against Drug Abuse and Illicit Trafficking, June 26, 2022

The world is in turmoil and the international balance is increasingly under threat. The COVID-19 crisis and a war on Europe’s doorstep – considered unthinkable not long ago – have been added to such major global problems as climate change, the recent conflicts in Yemen and Myanmar, and the new populisms.

The disproportionate impact of COVID on vulnerable populations

In many countries, the enforcement of COVID-19 regulations have had a disproportionately negative impact on the most vulnerable populations.

According to a survey in 28 countries by Amnesty International survey, these measures were based on an overtly punitive approach. Many people have been prosecuted, arrested and even imprisoned for not complying with public health measures. Marginalized groups have experienced increased harassment and violence from the police and other security forces. Moreover, this punitive approach has contributed to reducing their access to essential services such as housing, food and health care, while stigmatizing even more than they were before the pandemic.

These dramatic consequences are not only widespread in countries with no real culture of human rights – and this punitive approach is not solely responsible for the disproportionate impact of the pandemic. Structural inequalities also play a major role.  In the US, for example, some black and African-American communities have experienced levels of COVID-related deaths up to twice as high as in other communities[1]. Migrants and refugees[2] have also, on average, been much more affected by the health crisis, particularly due to lack of access to care and language barriers. Finally, the situation of people in prison has been greatly worsened by the crisis, due to their poorer health condition and, more specifically, to widespread prison overcrowding which has made physical distancing impossible[3] . 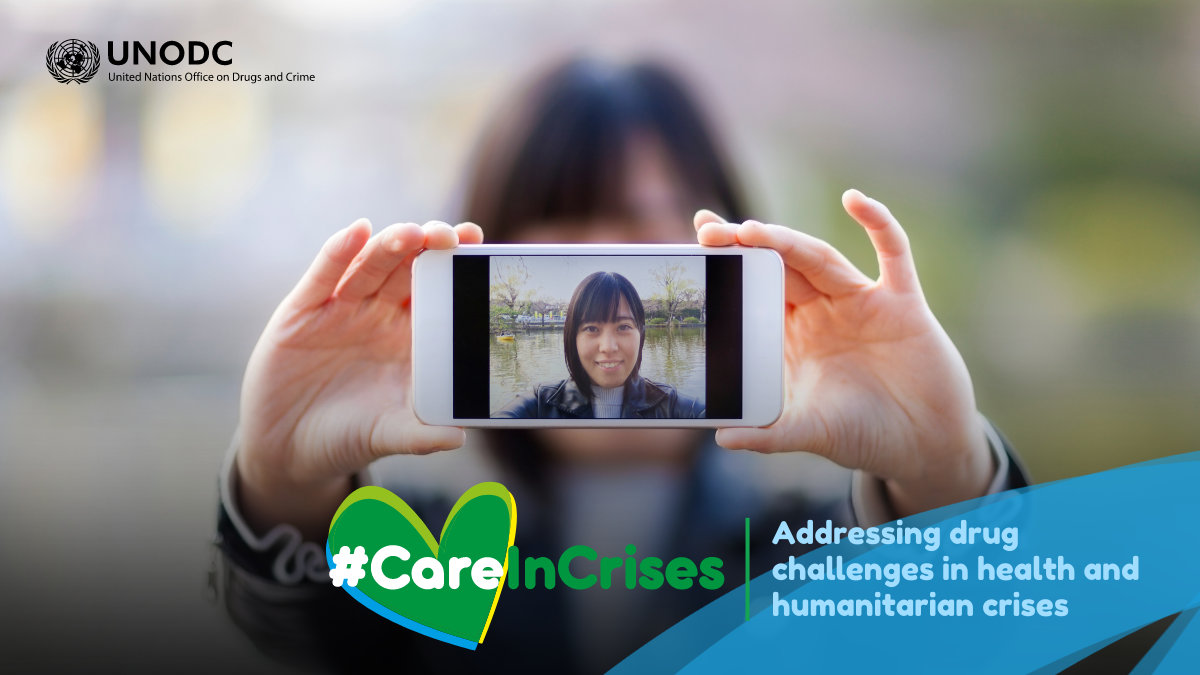 Impact of restrictions on people who deal with drug problems

Around the world, the COVID-19 pandemic and the restrictions imposed by various governments have had a significant negative impact on the ability of people with problem drug use to access the services they need[4].

In addition, the punitive approach implemented in the context of the pandemic contributed to reinforce the discrimination and stigma of people who use illicit drugs due to drug use criminalization in most countries.

The consequences of this approach have primarily affected the most vulnerable among them, including homeless people, migrants and refugees, sex workers and people with severe mental health problems.

All of these people are already experiencing social isolation, job and income insecurity, and rejection by families. The consequences of the pandemic have further increased these vulnerabilities, making access to health care, including addiction services, particularly difficult.

In some places, prevention and treatment services have been closed or have stopped receiving new patients. Low-threshold services such as needle and naloxone distribution, or one-to-one interviews have been severely restricted due to physical distancing and because they are not considered as essential services – which of course, they are!!

In 2021, the situation has improved thanks to the adaptability of the services dedicated to addressing the needs of people who use drugs. It should be emphasized, however, that since the beginning of the pandemic, Dianova has kept its care services open thanks to strict measures aimed at ensuring the safety of its clients and staff. All of them have made tremendous efforts in this regard.

We must take action for the most vulnerable

The COVID-19 pandemic has revealed huge disparities in access to care across the world. The most vulnerable groups and communities are disproportionately affected by this and many other diseases. These disparities are particularly glaring in the area of substance use disorders.

We have failed to provide these populations with the help they need because of punitive approaches that turn people in difficulty with drugs into criminals rather than individuals in dire need of support.

There is now evidence that punitive approaches to drugs are not only unfair – they mostly  they affect inner city populations, the poor and ethnic minorities – but they are also utterly ineffective[5].

These approaches, which have been entrenched for decades and have been exacerbated recently by anti-COVID-19 measures, are not inevitable, which is why Dianova calls for a truly public health approach to substance use disorders that focuses on the needs of all, including the most vulnerable groups.

In addition, Dianova joins the UNODC’s #CareInCrises campaign and calls on governments, international organizations, civil society and all other stakeholders to implement urgent measures to protect people. It is critical to strengthen the prevention and treatment of problematic drug use.

The COVID-19 pandemic and the social and health consequences of the various crises around the world teach us the urgent need to reaffirm and defend the universal right to health and well-being. As the 2030 Agenda emphasises, a fairer and more equitable future depends on our shared commitment to “leave no one behind”. If we are to build a world in which everyone has the opportunity to achieve the highest attainable standard of health and well-being, we must act for the most vulnerable, now.

Substance use disorders are a public health issue.

[1] Chicago’s Black community accounts for 30% of the city’s population, but 52% of COVID cases (April 2020) and nearly 70% of deaths – these communities often suffer from “underlying” health problems rooted in a pervasive social violence. This results in greater vulnerability to the virus, while lack of financial means limits their access to health care. Read the reference

[2] Many refrain from seeking health care for fear that they will later be considered a public charge and therefore ineligible to enter the US.

[5] In the United States, more than 300,000 people are incarcerated for drug-related offences (compared to less than 25,000 in 1980), yet these incarceration levels have had no impact on drug use or overdose levels