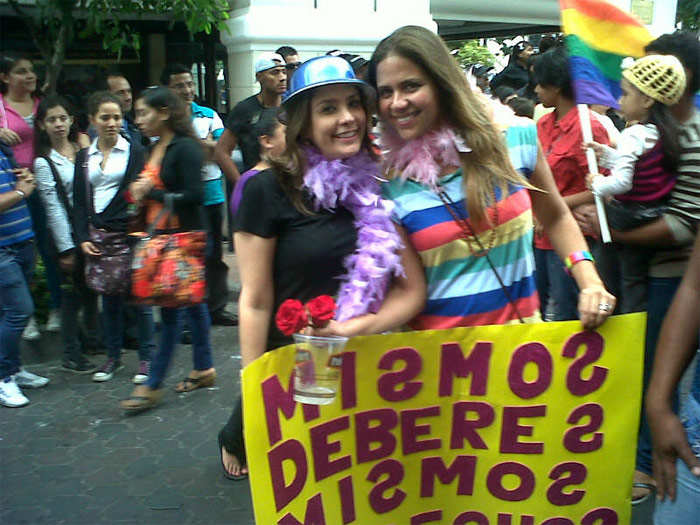 When the Sustainable Development Goals (SDGs) were agreed upon in 2015, many vulnerable groups were left out of the text. Lesbian, Gay, Bisexual, Transgender and Intersex People (LGBTI), and others who may identify with a different term and who face violence and discrimination on the basis of their actual or perceived sexual orientation, gender identity and sex characteristics, were one of them. We call on the universality of the Agenda 2030 to affirm that this omission, though, is not an excuse to marginalize LGBIT people’s needs and rights in national efforts to implement the SDGs.

Often left out of the statistics, official documents and national policies, the omission of LGBTI’s specific needs in the global Agenda is striking, particularly because it brings a dedicated SDG on Gender Equality (SDG5).

Yes, it was a mistake to, in 2015, adopt a narrow concept of gender equality that excludes the LGBTI community and considers the spectrum of the human population within the traditional binary man and women.

SDG5, as important as it is to advance women’s rights and empowerment, is also a missed opportunity to broaden the concept of inclusion and equality, to fight homophobia and promote peace and economic prosperity for all persons regardless of their sex characteristics, gender identity or sexual orientation.

In the SDGs we find express mention to selected groups throughout the text, including women and girls, indigenous peoples, children, and persons with disabilities. The specific targets and indicators to advance and measure progress on their agenda make their claim evident and grant an overall stronger case for their agenda. It is disappointing, though, to arrive at this time in history without the ability of having governments agreeing on an international language that is inclusive enough to address the multitude of subjectivities of the human beings.

The power of language and of omissions

The Agenda 2030 “an Agenda of the people, by the people and for the people” has been designed to meet all nations, peoples and segments of societies. Which means that regardless of who is expressively mentioned in the text, no one should be left behind.

Yet, in 2017 LGBTI people still have to convince governments that they are included in the Agenda – because when it comes to rights, declarations and international agreements of all sort, language is powerful and omissions are meaningful.

It is not to say that words in a piece of paper will automatically change the reality; but do they indicate that a strong movement is pointing in the right direction, they symbolize a victory for visibility, a positive development, all of which the LGBTI people is yet to see happening in a global agenda for development.

In the meantime, many governments will benefit from this persistent omission to continue excluding, keeping them invisible to data and policies, and in far too many countries also criminalizing sexual minorities (At least 73 countries criminalize a person for who they are or who they love, many of them with capital punishment).

In addition, the generalized refusal in talking about LGBTI people in the public fora contributes to the severe data gap about the different groups within this population, and impedes governments from understanding the impact of their services and policies (or lack thereof) in their lives.

In the meantime, HIV continues to have a disproportionate burden on LGBTI people; sexual and reproductive health services continue to be limited and often harmful to them; judicial systems continue to discriminate and be incapable of addressing their needs; the mental health of those living with systemic discrimination continues to be overlooked and often misunderstood; and violence and economic and social exclusion continues to be the only reality for many.

We need a shift in this reality and we need it now. It may not be possible to rewrite the text of the Agenda 2030 and the SDGs, but it is still in time to write a different future, one that will lead to inclusion and freedom for all.

There are many ways to do it: this paper, for instance, showcases practical actions and best-practices to include LGBTI people in development programs, with a focus on the different SDGs. So from now on, when designing national policies, implementing programs, planning indicators, collecting data, speaking to the different groups in society – let’s remember LGBTI people, let’s ask, let’s include, let’s speak up, let’s see what is in front of us and what has been forever hidden. Let us all be a part of it, let us all be visible. 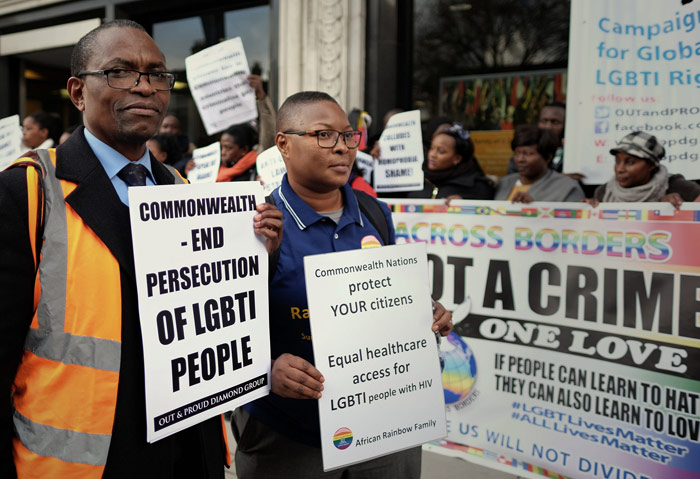 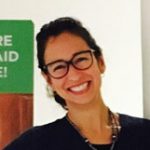 Saionara is a human rights lawyer and advocate with special interest in gender equality, development, migration and peacebuilding issues. She holds a Master's degree in Human Rights and Democratization and has gained experience in numerous European countries, the US, Brazil and Ethiopia. Saionara works as an International Relations Manager at Dianova International in NYC, and consultant for UNDP on Governance and Peacebuilding.