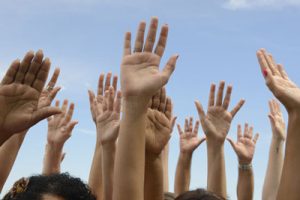 With a renewed focus on the role of civil society at the United Nations, there has been a reinvigorated discussion about how to increase engagement of civil society at the international level.  Indeed, Secretary General António Guterres has said that civil society is “a key instrument for the success of today’s UN.” With this vision at the center, a number of organizations including CIVICUS, the Permanent Missions of Chile and Ireland, the International Service for Human Rights, the World Movement for Democracy and others, brought together, on October 17,  the UN Special Rapporteur on freedom of peaceful assembly and of association, State representatives, UN bodies and civil society for a side event to discuss strategies for improving engagement. At the event entitled “Expanding Civic Space at the UN”, participants agreed that more needs to be done to allow civil society to actively participate and be a voice in decision-making.

H.E. Mr. Cristián Barros Melet, Ambassador of Chile, said it was important for his country to host the event and he acknowledged the importance of engaging civil society because of its “crucial role” in advancing human rights such as minority rights and gender equality.  “My country acknowledges the great importance of the civil society in the international system and its contribution to the reinforcement of the international human rights system.”  There is a great need for more safe space for NGOs and other organizations operating within member states, and he acknowledged the differing freedoms and influence of NGOs from one country to another.

Craig Mokhiber, Director of the New York Office of the High Commissioner for Human Rights, said that the engagement of civil society in the political process is indeed a human right, one protected under the Universal Declaration of Human Rights and is “consistent with the norms and values of the UN.”  This is “rooted in human rights law” he said, but at the same time is also a “practical imperative.” It is crucial to engage civil society because no institution can function without civil participation and the perspectives which various constituencies bring to a discussion. However, he also said that “we have not met our obligations” fully in engaging civil society in the decision-making process. He made the point that there should be a “reform of the mechanism” by which civil society can gain greater access and be part of the decision making at the UN.

Eleanor Openshaw, head of the New York office of the International Service for Human Rights, discussed that civil society is important because it is both a “complement and counterweight to government.”  The UN should more thoroughly engage with civil society because it “leads to better human rights outcomes” and because civil society is a “mainstay of democratic values” and often provides early warnings of potential abuses. She said that participation is not only “our right” but also necessary for all voices to be heard.   She indicated that the relationship between NGOs and the UN is an “evolving relationship” which is “supposed to grow” and instead of keeping people out, the door should be more open.

Orsolya Bartha, Senior Advisor on Sustainable Development at the International Disability Alliance, has seen a progression in how the UN engages civil society.  For example, within the Millennium Development Goals, there was no specific focus on the disabled.  But in the 2030 Agenda, development of the disabled was included because this group was “invited to the table” she said, and they will also play a role in the monitoring process.  Nevertheless, Ms. Bartha said, though there was a point when the UN appeared to be “opening its doors,” now she sees access “shrinking again.” Indeed, much more needs to be done to engage civil society, she maintained.  To do that, it is important for civil society to be invited to attend key meetings, especially high-level forums.  Meetings where important resolutions are formulated are typically closed.  These groups also need to have access to documents and information, be allowed to organize side events, and make substantial contributions to the discourse. She recommended strengthening the current system for coordinating civil society engagement within the UN and most importantly, to provide the funding to do so.

An audience member expressed one of the difficulties of greater engagement of civil society within the UN while at the same time many member states prohibit such civilian organizations.  For example, she said, some 106 countries provide no safe space for civil society to advance its agendas and, indeed, have legislation which prohibits such activities.  Thus, the future of civil society’s influence is “at peril.”  The UN’s job, she said, should be to hold these nations accountable.

To achieve the goal of more active engagement by civil society, leadership within the UN community is crucial, noted Mr. Mokhiber.  The key is more openness and transparency within the UN system, including public access to meetings, scheduling meetings in other venues or countries, and even allowing public demonstrations at the UN, which would all increase the organization’s openness and would invite more participation of civil society in providing input to decision making. 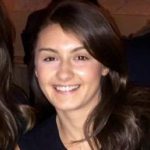 Kaitlin Drape is currently an intern for Dianova International in the New York office. She received her Master's degree in World History at New York University and a certification in International Relations from Columbia University.