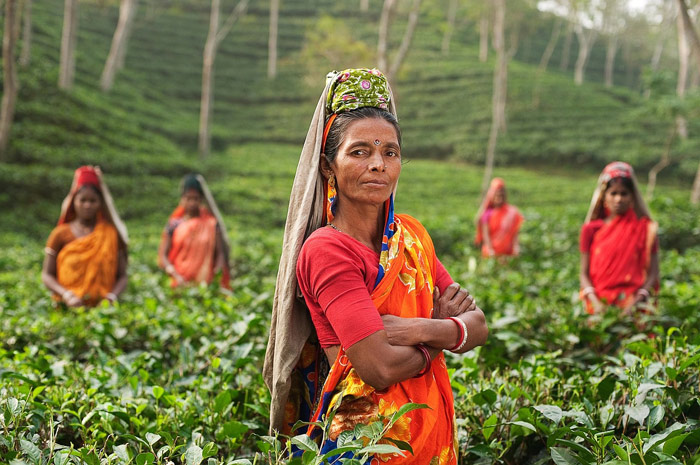 In conjunction with formal work, women perform up to 3 times more unpaid work than men

Currently, 836 million people are living in extreme poverty, and in developing regions, one in five people live on less than $1.25 per day.  Despite these staggering numbers, the United Nations’ 2030 Agenda for Sustainable Development dseeks to eradicate poverty by 2030 – this, though, cannot be achieved if we continue doing business as usual and leaving women behind.  Recent studies have found that the economic empowerment of women is fundamental to poverty reduction and a pre-condition for sustainable development, harnessing the potential to significantly alter the course of the 2030 Agenda.

Even though research is strengthening the link between women’s economic empowerment and sustainable development, the issue still fails to be prioritized by States. The topic of women’s economic empowerment and its role in the 2030 Agenda for Sustainable Development was addressed at the United Nation’s 2017 High level political forum HLPF) on Sustainable Development. The following are key statistics, themes, and recommendations that were discussed at the 2017 HLPF:

Women’s Role in the Labor Market

Only 50% of working-able women are in workforce, in comparison to the 77% of working-able men that are in the work-force. Moreover, women only make 77 cents for every dollar that a man earns, and they tend to occupy jobs that are vulnerable, less protected, and under-valued. In conjunction with formal work, women perform up to 3 times more unpaid, unofficial, or informal work than men (i.e. housework, cooking, cleaning, collecting water/firewood, fieldwork, taking care of children and the elderly, etc.). Women of color, along with indigenous, refugee, immigrant and migrant women, are amongst the most marginalized women when it comes to participation in/access to informal and formal work.

Often times, men and boys are persuaded to care about issues that affect women and girls because a woman who is treated unfairly could be their mother, their aunt, their sister, their daughter, etc.; this point is fair to say and somewhat effective in mobilizing men, but it should not be the only reason that men and boys advocate for women and girls, and they certainly should not need to be persuaded to care about issues that affect women and girls. Men and boys should care about issues, such as the economic empowerment of women, because women are people who deserve to have their fundamental human rights expected and respected. Families, communities, and States cannot reach optimal levels of social, economic, and physical well-being when half of the population is excluded or discriminated against. The human rights of women are inextricably tied to all human rights issues and all issues of inequality that hinder sustainable development and ultimately affect everyone.

Not only is the argument for women’s economic empowerment morally sound, but it also makes sense from a practical and economical standpoint; specifically, 12 trillion dollars can be added to the GDP by 2025 if gender inequality is eliminated in the labor force. In order to eliminate gender inequalities in the labor force, numerous, systemic, and transformative changes must occur at the local, national, and global level. The following are recommendations that were put forth by panelists at the 2017 HLPF:

Gender equality and sustainable development are codependent entities. Women’s economic empowerment has the potential to foster and accelerate substantial gains in human development and in the economy — at both the local and global level.

Development cannot be transformative or sustainable if half of the population is hindered. Investing in women does and will continue to pay off.

Joanna is a licensed social worker in Connecticut and New York. She currently works in an elementary school with special education students, and she maintains her passion for activism by volunteering, doing advocacy work, and working with various NGOs