Drugs and alcohol are everywhere. Sooner or later our children will be confronted with one drug or another. For this reason it is necessary to use prevention tools that include the participation of the whole community: synagogues, schools, churches, community groups, police, etc. However, none of these groups can take the place of parents. Education about drugs must start at home.

Many parents hesitate to talk about drugs and alcohol with their kids. They think they are too young, that it doesn’t concern them. Many times we don’t know what to say, or we fear that what we say will prompt them to experiment with drugs. In fact, however, it is imperative that we don’t wait for him/her to have a problem. Most of the kids who are presently in treatment at Dianova tell us that they were using drugs and/or alcohol long before their parents brought up the subject. It is essential that we start discussing these issues earlier. And also, it is essential that we always be ready to communicate. However, to have a good communication is usually easier said than done. Adults and kids have different communication styles and ways or initiating and participating in a conversation.

Here are some general rules for improving communications between parents and their children.

Be a good listener

Listen carefully to what your child has to say; make sure that he feels comfortable about asking you questions or talking about his problems. If what you hear doesn’t please you, don’t become angry; pause before proceeding. Also, pay attention to what he doesn’t say, and if he doesn’t say anything, take the initiative and ask him about something that interests him – his day at school, for example.

Kids need to know that they can rely on adults to give them the right information on issues that are of interest to them. If you are not available when the child asks, explain to him why and arrange for another moment where you will be able to give him your complete attention.

When you talk about drugs and alcohol, be sure to give your kid a clear message so that he exactly knows what you expect from him. For example “we do not use illegal drugs, and children are not allowed to drink alcohol in our family.”

Be a good role model

A child learns from the examples that he receives from his parents. Make sure that your words match your actions and that they reflect the integrity and the sincerity that you expect from your child.

Congratulate your child when he does something good instead of criticizing the wrong things that he does. When he gets more complements than criticisms, and when you show him that he can make the right decision, the child builds self-esteem and confidence that will enable him to rely on his own judgment.

The principles described above reflect the general behaviour that adults must adopt with their children. However, to be more precise we must consider the specificity and the age of each child, his capacity to assimilate information, his capacity to project into his future and his ability to understand the consequences of his actions. The work of prevention in other words, must adapt to the age of the child and his level of development. Here are some examples of preventive activities and attitudes to practice with children at their different stages of development. Children in this age group are not ready to assimilate complex information about drugs and alcohol. However, the habits that they learn now will affect the actions that they will take later on. At this age parents make most decisions for the child (it’s easier and we’re happy to help our child) but, it is important to let the young person tackle some of his problems on his own and to let him make decisions that he can handle at this age (i.e. choose his clothes).

Show your kids the dangerous products in your house (i.e. bleach, ammonia). Explain what the uses of these products are and why they are dangerous. (And, of course, keep them out of reach).

Explain to your child why he needs well-balanced and healthy food. Ask him to name two or three nutriments that are good for him, and tell him why they are. Explain the use of medications and why they can be dangerous if they are not properly used. Teach the child never to take a medication that you did not give him. (As with household products, keep medications out of reach)

At this age, the child continues to learn by experience, but he still does not fully understand the consequences of his actions. He needs rules that will guide his behaviour and concrete information that will help him make the right decisions. Usually the child trusts the adult and the decisions that he makes.

It is necessary to relate the discussions about drugs and alcohol to concrete elements of his daily life or to persons that he knows. Since the child is very curious about his body, we have to explain to him how to take care of his body without doing something that might harm him. Around the age of nine, a child must be able to make a distinction between medications, toxic products, legal and illegal drugs and nutriments. He also needs to know what drugs look like and why they are dangerous to his health. It is important to help him assimilate family rules and some of the rules of society (i.e. not to cross the street on red light)

Explain the use of medications with concrete examples. Most children have already had colds, ear aches, sore throats, etc. Talk about the diseases that he understands and explain to him the use of the appropriate medications.

Start to teach him how to deal with potentially embarrassing moments. For example, if a friend invites your child to his home after school, but the child knows that you wouldn’t agree, teach him how to say no without feeling uncomfortable.

At his age, a friend, or a group of friends, becomes very important to the child. What interests the child, or what he does, become primarily a reflection of what the people in his group think. His personal image is determined, to a great extent, by the degree to which the child feels accepted and recognized by his peers. The parents must be particularly careful to deliver clear messages and provide a strong motivation to the child to say no to alcohol, tobacco and drugs.

These are critical years for the child, the one during which he will probably be confronted with one drug or another. The decisions that he will make now will influence his teenage and adult life.

The child must be able to identify drugs, he must also understand their short-term and long-term effects, and be able to explain why drugs are bad for him. Finally he needs to have an appreciation of the consequences of drugs to his family and to society.

We have to make him understand the difference between the reality and the myth of drugs; explain to him that the media often portrays drugs as glamorous by failing to discuss the harm that they do (i.e. advertising on alcohol)

Continue to practice behaviours that teach him to refuse alcohol, tobacco or other drugs. It is essential that he know how to make the right decision.

Encourage sports or educational activities that will give your child the opportunity to meet other children in a safe environment. Ask him to look in the newspaper for articles that discuss the damage related to drugs; explain to him that drinking and driving is a crime, and how drugs cause the loss of human life and other tragedies, in addition to economic loss for our own and other countries. Puberty is like a second birth for the child. He acquires a new and unique identity, leaving the past behind him. He detaches himself from friendships that he thinks are passé, and the feelings of trust that have developed towards key adults in his life may be deteriorating. At the same time, at this age the teenager is better able to understand the consequences of his actions and engage in abstract reasoning.

Be sure to describe the harmful effects of drinking alcohol and using tobacco and other drugs, emphasizing the short term effects, such as bad breath and the smell of cigarette smoke on one’s clothes, instead of long term consequences such as cancer. The influence of his peers is affecting the adolescent’s interest in using alcohol or tobacco, reasoning that his friends do it, or that “everyone else is doing it”. Show him that, actually, not “everyone is doing it” and reinforce the idea that using drugs, alcohol or tobacco, is unacceptable and illegal.

Teach him that the consequences of the use of drugs are unpredictable and that even if some people may appear to be living normally using drugs (maybe he knows someone who is), there is always the danger of destroying an entire life.

Meet his friends, and invite them to your house. Try to involve the parents of his friends in the shared preoccupation with the health and well-being of your children. Prepare your children’s rules and activities together with other parents. Continue teaching him how to say no to drugs. Teach him to handle an uncomfortable situation when an adult is not around.

Talk to him about the importance of friendship; teach him that real friends do not pressure each other to use products that are dangerous for them. At this age, the adolescent begins to reason like an adult and would like to be treated as an equal. He often wants to share his preoccupations and the way that he solves his conflicts. At the same time, the principal motivation for his actions, his attitudes and what he wears comes from his friends. At this age the teenager wants to be independent and has more free time without adult supervision. Nevertheless, it is important to keep the rules of the family intact, including his presence at the dinner table, vacations with the family and other family occasions.

The authority of parents is not as influential as it previously was, but you can still have a positive influence by encouraging your child to be part of activities, in which he will be able to develop his critical evaluation of, and behaviour towards, drugs 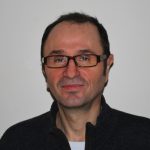 More on Drug Policies and Addictions