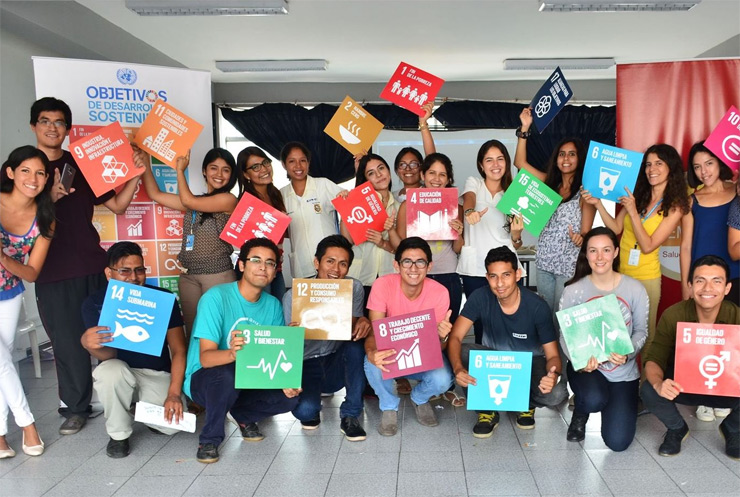 In order to understand the relationship between drug use and social development, we must bear in mind that, like drug use, development is a complex process that involves social, political, economic, cultural and environmental aspects. The great challenge consists of proposing public policy alternatives aimed at reducing the problems associated with the drug field, reducing the effects that hinder development. The United Nations published a report detailing the impact of drug policies on different aspects of human development, including public health, the formal economy, governance, human rights and the environment. UNDP, 2015).

In order to understand how these two global agendas are connected (the 2030 Agenda and Public Drug Policy), we must refer to the concept of integration of policies, as highlighted in the context of the SDGs.  The process involves formulating policy that takes into account the interdependencies between the above mentioned aspects and sectors (UN-DESA, 2015a).

The lack of tools for public policy designers and decision-makers needed to identify interactions and design strategies that achieve their goals and objectives, are a key aspect of the 2030 Agenda monitoring. Network analysis allows us to understand how the SDGs are interconnected. In order to codify the SDGs and related goals, tying goals to objectives, we can develop an interaction matrix to be used for visualization and analysis of networks (Nooy, Mrvar and Batagelj, 2005). This analysis allowed us to visualize the interactions between the SDGs and the asymmetry among these connections. In other words, some objectives are connected to others through multiple goals, while other objectives are poorly connected with the rest of the matrix.

“Network analysis is considered a tool of the sciences of complexity to approach complex problems. Recently, the Sciences of complexity have attempted to observe the order that lies behind the apparent disorder, pointing out that the world and political problems can be seen through wider lenses and less reductionist perspectives, understanding that the world is “in constant change and requires a study of the interaction between different actors or scenarios” (Moncaleano, 2017).

Considering that the drug phenomenon is a complex problem with various facets, actors and scenarios, it is essential to analyze it using tools from the complexity sciences such as interaction networks in order to effectively address it. This approach, applied to the drug problem and sustainable social development, is the most efficient and effective way for interventions to reinforce and complement each other instead of running parallel, revealing the overlaps and contradictions of disjointed policies.

Since 2005, Uruguay has made a point of casting a critical eye at the militaristic approach of public policies on drugs, promoting initiatives in directions that are opposed to the “fight against drugs” from the damaging evidence collected by social groups. Mr. Milton Romani, Secretary General of the SND[1], before leaving office, made clear statements in favor of the human rights of drug users, denouncing the dramatic social costs that the “fight against drugs” has generated and continues to leave behind, re-victimizing populations suffering from multiple social exclusions and crowding the penitentiary centers of populations of extreme social vulnerability[2]/[3]. (JND Minutes, July 2016).

This could be a clear example of the efforts to rethink the synergies of the actions for the SDG agenda and Drug policies.

[2] Romani’s speech at the Special Session of the United Nations General Assembly on the World Drug Problem. New York. 2016. Retrieved from:

[3] “Romani combines a deep passion for human rights with a keen sense of strategy on how to make things work, nationally and internationally, “said John Walsh, a member of the Washington Office on Latin American Affairs (WOLA), who honored the representative of Uruguay before the OAS, for its courage, innovation and leadership to carry forward HR issues.

Alfonso is in charge of the coordination of projects at Dianova Uruguay. He holds a BA degree in psychology from the University of the Republic. At the moment, Alfonso is pursuing a Master’s degree course in clinical psychology and chose to dedicate his thesis to the efficiency of different approaches and policy options in addiction treatment.