During its three-year mandate, Dianova International has worked to coordinate the actions of civil society organizations within the framework of the High Level Forum for Sustainable Development

Dianova International contributed to maintaning and preserving the space of the NGO MG and the MGoS-CM within the HLPF, advocating a more meaningful participation of civil society in sustainable development objectives

By María Victoria Espada – Sustainable development cannot be achieved without the participation of all sectors of society and all type of people. This premise was first established at the United Nations Conference on Environment and Development in 1992, better known as the Earth Summit. Its main outcome document, the Agenda 21, formalized nine sectors of society or “major groups” that would act as the main channels for facilitating the participation of citizens in the United Nations (UN) activities related to sustainable development[1].

The “Other Stakeholders”: a historical involvement in the Sustainable Development Goals

Participation in the High Level Forum for Sustainable Development (HLPF)

There are currently twenty-one Major Groups and Other Stakeholders (MGoS) involved in the HLPF representing different sectors of civil society[2]. Their coordination mechanism (MGoS-CM) is an autonomous, self-coordinated space, fully independent from the UN secretariat. Within the MGoS, the NGO Major Group (NGO MG) facilitates the participation of NGO members in processes directly or indirectly related to the HLPF. As of today, the NGO MG has more than 1,300 member organizations working on sustainable development in various countries and regions of the world.

Dianova: a three-year mandate as a global organizing partner

Participation in collective advocacy actions and side events

Each year, the NGO MG develops a position paper related to the main theme of the HLPF and the SDGs under review and organizes a side event to the forum. During its mandate, Dianova International co-led with its peers the drafting of the position papers submitted by the NGO MG to the HLPF in 2019, 2020, 2021 and 2022, which have served as the basis for subsequent collective advocacy actions. The organization of side events to the HLPF has also been a key factor in bringing the voices and experiences of member organizations to the HLPF, as well as their concerns about the implementation and achievement of the 2030 Agenda and SDGs. 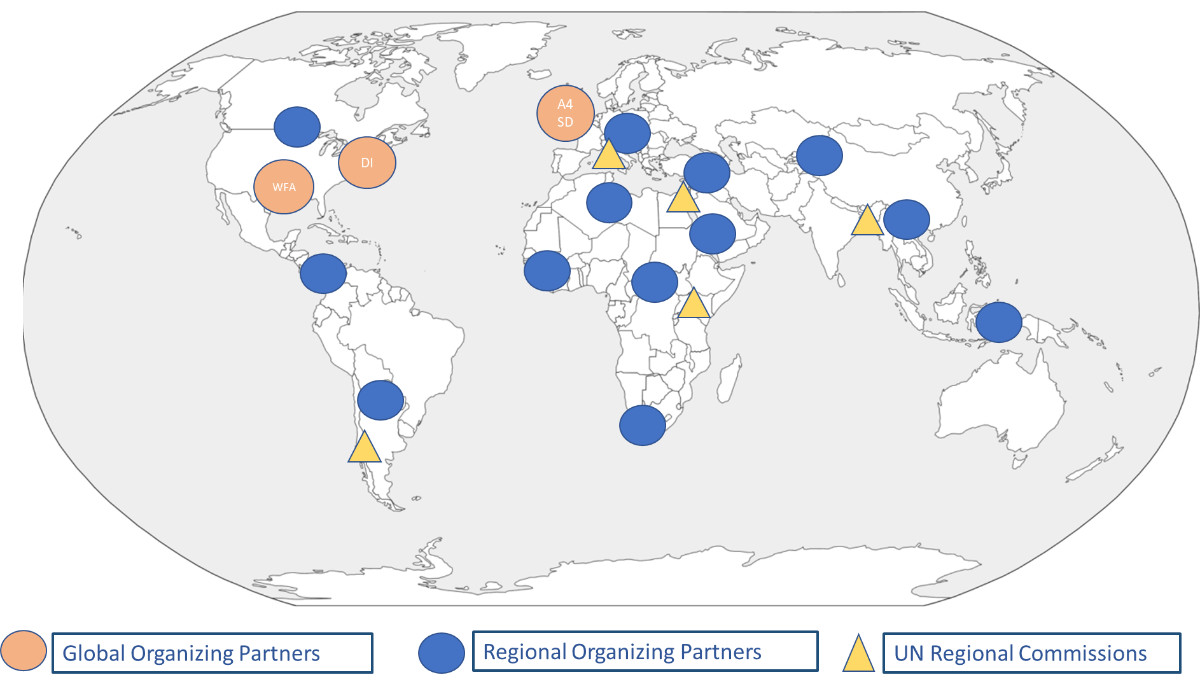 The management structure of the NGO Major Group consists of 3 organising partners and  13 regional partners. The 13 regional organising partners represent the regions of Central Africa, East Africa, West Africa, North Africa, South Africa, North America, South America, the Caribbean, Asia, Central Asia, Europe, the Middle East and the Pacific. The regional structure of the NGO Major Group mirrors to some extent that of the UN’s regional economic commissions. Dianova International (DI) in New York shared the functions of global organising partner with Action for Sustainable Development (A4SD) in London and the World Federation for Animals (WFA) based in Colorado, USA.

In an exercise of regional and global coordination, the organizing partners of the NGO MG also facilitate the participation of civil society representatives in the presentations of the Voluntary National Reviews (VNRs) at the HLPF. Produced by member states, these reviews capture progress made in implementing the SDGs at national and sub-national levels. These reviews being one of the most important elements of the HLPF, Dianova International was responsible for coordinating the participation of the NGO MG in the 2020 VNRs and, in 2021, the organization followed with special attention the reviews submitted by Spain, Nicaragua, Norway, Sweden and Uruguay, countries where the Dianova network operates.

…and as speakers or commentators in the Forum’s sessions

In addition, the global organizing partners of the MGoS facilitate the participation of representatives stemming from various sectors of civil society in the official sessions of the HLPF as speakers and commentators. While the selection of these representatives is the responsibility of the MGoS-CM, it is the President of the UN Economic and Social Council (ECOSOC) who is in charge or reviewing and approving the nominations. Dianova International has participated during its mandate in the working group in charge of this selection, co-leading the processes during 2020 and 2021. Seven representatives of the NGO MG participated in the official sessions of the HLPF 2021.

With its peers from the coordination mechanism, Dianova International also attended the negotiation meetings of the ministerial declarations during its mandate, contributing with written statements on behalf of the NGO MG. The ministerial declaration is the main outcome document of the HLPF; elaborated and adopted by all UN member states, it reaffirms their commitment to the 2030 Agenda and the SDGs. Collectively, all MGoS have consistently supported a strong and inspiring ministerial declaration, while expressing some disenchantment and concern whenever the latter appeared to lack political ambition or leadership.

Undoubtedly, citizen engagement exercises such as that mentioned above benefit society as a whole, building trust and solidarity, and contributing to more inclusive and pluralistic societies. Through these exercises, and in coordination with its peers, Dianova International has also contributed to maintaining and preserving the space of the NGO MG and the MGoS-CM within the HLPF during its mandate, advocating a more meaningful participation of civil society in the endeavor to achieve sustainable development. As an ordinary member of the NGO MG from now on, Dianova International will continue to engage with the 2030 Agenda and the SDGs to join its voice to those of other NGOs for a better, more just and more united world that “leaves no one behind”. 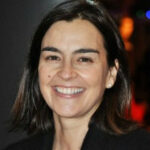 María Victoria has a Master´s Degree in Economics and a vast professional experience. Her areas of expertise include development cooperation, public finance, and strategic partnership development. For three years she represented Dianova International at the United Nations, the Organization of American States, and amongst international NGO networks. Victoria is a proud advocate of the promotion, protection and strengthening of civil society participation in international organizations.