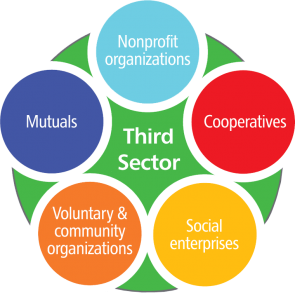 The public policies implemented in recent years have been characterized by a set of measures or cutbacks which have greatly affected society in general, our various social protection systems in addition to the third sector.

We are concerned about seeing how the capacity of the different systems of social protection in our countries, brought about by the great civil achievements of the twentieth century, is being reduced.

Globalisation, demographic issues, population aging, migratory flows, unemployment, technological developments and robotics, which overall destroy more employment than they create, force us to reflect on the new systems of social protection and the welfare state, not to dismantle them, or reduce them to a minimum, but to expand and disseminate them, as indispensable investors that guarantee common good and sustainability, in a broader sense.

The third sector, along with the other social agents, will have an important role to play in this challenge, provided that it does not limit itself in its role as a service provider for the public administration, breaking the cycle of the past century when it was an important heir, in the good sense, of the social intentions of the civil movements of 1968 and those of the Second Vatican Council, which revolutionised Christian-inspired social policies in the western world.

Finally, I would like to thank, on behalf of myself and of Dianova International, José Carrón for his willingness, his great capacity for synthesis and his commitment to social causes in general.

José Carrón is a sociologist; he holds a Master’s degree in Social Economy and management of non-profit organizations; specialist in public policy analysis and evaluation. He is also professor of sociology at the Zaragoza University and an independent researcher and consultant in the preparation and assessment of socio-sanitary programmes developed by the public or third sector.  He has been a member of the European Commission’s expert group for the evaluation of the Socrates Program and has participated in community initiatives within the European Union and in Latin American countries. José Carrón is a former director of the GID group (now the Atenea Foundation) and technical secretary of the ITACA European network. 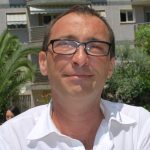 Member of the Assembly Council of Dianova International